With the rise of KPO activities in Poland, the significance of less complex processes is not diminishing, but merely requires readjustments. What happens to those business activities that may be too simple for highly-skilled workforce delegated to perform other tasks? How does automation influence BPO and what does it mean for its future in Poland? 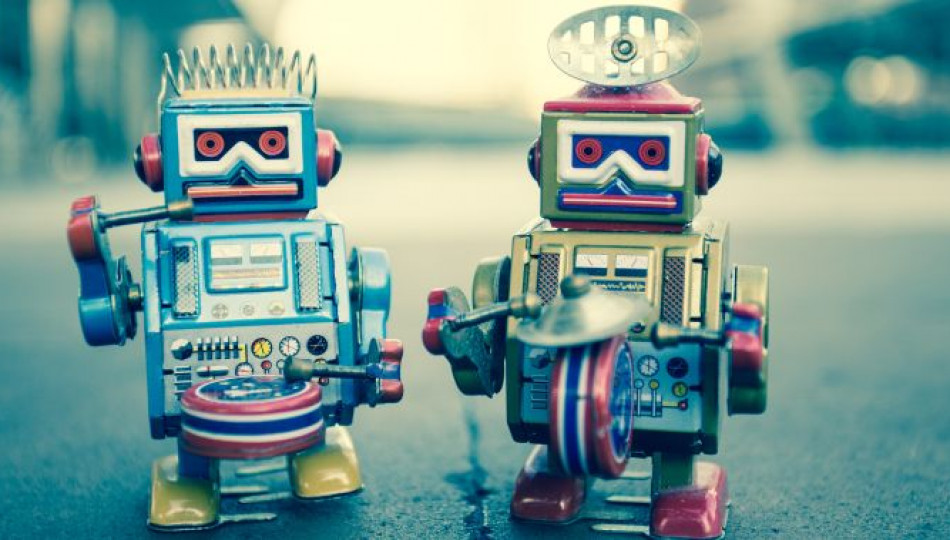 IT - programming and much more

Somewhere 20 years ago, Poland started out as a hub for rule-based processes and owes much of its present success to those early days, but the introduction of innovation was inevitable in every BPO or SSC centre. Standing in a dead spot while other businesses caught up with their onshore locations was out of the question. The much needed improvement often came from within and set the trends that are sometimes followed to this day. What were these and how did they influence the landscape of Polish BPO units?

RPA to the rescue

Sometimes the simplest solutions are not the best ones. Instead of transferring the most basic processes to other locations which could resemble Poland’s competitive prices and workforce from a few decades back, many investors decided to take a more risky path leading to innovation. Robotic Process Automation (RPA) was the integral part of this strategy. While it did not necessarily mean ushering robots to Polish office spaces, it was indeed a quiet revolution, marked by installing computer programs (the so-called robots) wherever they could prove themselves more useful than employees tired of typing in the same formulas or verifying rudimental rows of data. Given a short period of training and a watchful guidance of a human supervisor, the robots were soon able to successfully tackle repetitive and mundane tasks.

This did not mean that BSS centres in Poland got rid of their human employees altogether, which is quite a common fear. On the contrary, as one of the recent studies shows, in 2017 there were over 1,000 outsourcing facilities in over 40 Polish cities (Walter Herz, Polish BPO/SSC market in 2016), many of them already highly automated or undergoing such transformations. This did not, however, increase the chances of letting thousands of BSS employees go, as the training and maintenance of the robots relies solely on them. And if you are still not convinced about the inevitability of automation and suspicious about the very process, you can choose Poland as a country with one of the lowest share of people at high risk of automatability, amounting to only 7 per cent (OECD, The Risk of Automation for Jobs in OECD Countries: A Comparative Analysis, 2016). Still, it does not imply that the BPO sector in Poland will not take the best out of it. So what is there to draw upon?

CRM (customer relationship management) used to be outsourcing’s domain, but it has come a long way from what can be imagined as a stereotypical call centre. Automation in these units is often perceived in terms of robots answering customer calls, but such technological improvements usually do not work in favour of the business, rendering it less human and lowering customer satisfaction levels. After all, the majority of us prefers interacting with a real person, not a trouble-shooting machine. Automation, however, can be present in customer service centres in the form of automating the contact process, not the relationship itself.

This is what happens in contact centres based in Poland, which now cover larger aspects of customer relations than just phone answering or reaching out to new potential customers. While these activities remain focal, they are surrounded by a set of tools and processes that make the contact easier. For instance, Communications Platform as a Service (CPaaS) are used widely to ensure quick one-click responses from contact centre employees by using cloud-based CRM applications. The market of CPaaS is anticipated to grow to $8.1 billion in 2019 (Avaya, Technology Trends to Watch, 2017) and it is no surprise, as it prevents consultants from working on desktops crammed with urgent calls. Another new aspect in contact centres is its increasing need of quality analytics, preferably conducted in real-time mode. This allows for customer segmentation and delivering more relevant customer experience. In this respect, customer relations become analysis-oriented, and thus, more resembling of KPO solutions.

Data management, including such areas as data entry, conversion or processing, is a vast subset of BPO, too. This comes as no surprise – large companies have never enjoyed dealing with information governance and gladly outsourced this task to other locations. Handling the growing amount of data in the modern world is a challenge that necessitates new solutions, since it concerns all areas of any sort of activity, from medical data to media, finance or human resources. Data-related processes, which are time-consuming and rule-based, first offshored to foreign locations, had to undergo some changes as they may have become too straightforward in new locations as well.

Innovation in data management has been introduced in numerous ways and automating simple processes was again one of them. IT resources were of much help in this respect, as creating new tools to deal with the ever-growing amounts of data became a priority. Starting with software that made human input practically dispensable, the BPO market did not vanish, but shifted its main focus to such areas as big data analysis. After all, once the data is input and processed, it still remains an object to be analysed. This frees employee potential and makes room for … knowledge-based processes that are becoming more and more of a Polish thing.

Financial services in all the vastness of Polish BPO/SSC include both simple as well as advanced processes, so naturally the first group is now undergoing significant changes due to various automation trends. These less complex processes, e.g. financial close, AP, AR or documents processing are gradually entrusted to robots, although the scale of automation is yet to be grand. Figures show that in the UK around 30 per cent of such jobs could be facing automation within the next 15 years (PwC, UK Economic Outlook, 2017), so similar predictions can be made for Poland. This significant number however seems less alarming when confronted with the fact that automation in finance will also create many new jobs and expand our professional horizons, redirecting human focus to new areas of interest. It is now universally acknowledged that bots in business may not be so bad after all.

Automation is imminent, but not in all business areas. While rule-based processes can be delegated to machines, overlooking human wits could be disastrous for some industries. Experts agree that accounting compliance is one of the fields where automation is not feasible. Various business services located in Poland constantly need to stay up-to-date with ever-changing regulations, so although bookkeepers have always been named as the first target of automation, regulation following is a different side of their story. This brings us to LPO, standing for legal process outsourcing. These services, along with many others requiring human expertise, are not very likely to fall into the automatable category.

As Poland’s BPO/SSC landscape evolves and tends to resemble onshore locations in terms of costs and manpower (demographic crisis will sooner or later catch up with the Polish population), will there be any point in outsourcing less complex processes at all? The threat of noshoring is looming over many offshore destinations, Poland included, as the practice relies upon doing business processes automatically in native locations. Why outsource if you can use robotics in a facility which is closer to home? This is a question that Polish BPO facilities need to carefully ponder about, but in terms of organisational culture, human resources and even geographical proximity, Poland is almost at home for many global organisations, so for now scrapping the country still seems out of the question.