Polish Education 2030 - the future of academia

To develop business, grow the economy and create culture, we need educated societies. How is the model of Polish academia going to evolve over the next decade so as to foster the advancement in all these areas? The National Agency for Academic Exchange (Polish: NAWA) seems to be the key player in efforts to help higher education in Poland adjust to the modern pace of time. We talk to its representative, Zofia Sawicka, about the challenge ahead. 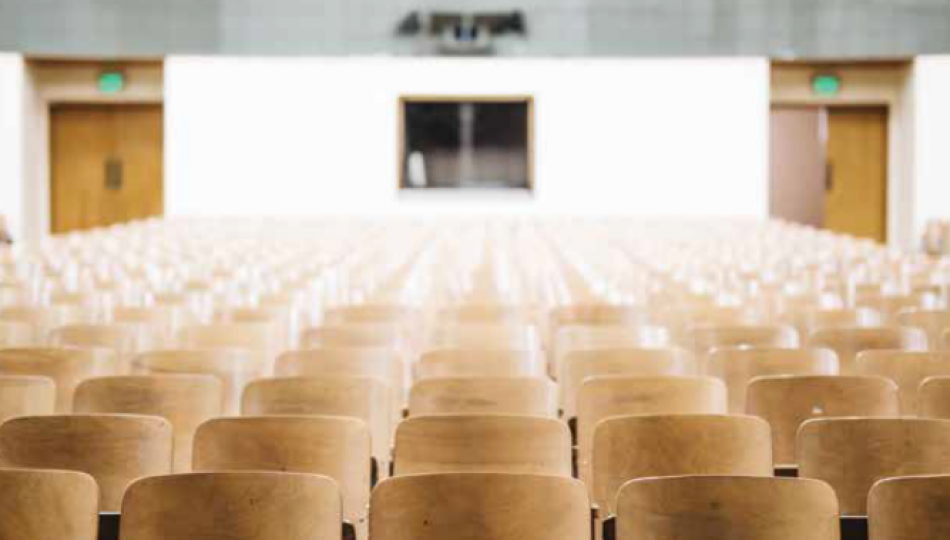 10 questions about the Certificate Examinations in Polish

Poland is a true sensation in terms of access to higher education. The most recent Eurostat data from 2015 showed that the country ranked fourth in terms of the number of tertiary education graduates within the EU, right behind France, the UK and Germany. University education is still very much popular in Poland, amongst other reasons due to it being free of charge. How and why should Poland use this human and intellectual capital to boost its economy and overall development? The National Agency for Academic Exchange sees the answer in international cooperation. Exchanging knowledge with academics from other countries should be much easier and definitely much more common in 2030 than it is now.

Universities in Poland are either state-owned or private. The former are free of charge if one decides to study full-time and as a rule are still more popular with Polish students. Private colleges have tuition fees of different levels, depending on the facility’s location, history, prestige, specialisation and other factors. In general, they cater for the academic needs of about one third of all students in Poland. As for the majority of foreign students, higher education is not free, regardless of whether they choose a private or public university. As a member of the European Union, Poland signed the Bologna Declaration, which makes the general higher education model similar to that of other member states. Universities offer bachelor degrees, master degrees and some of them doctoral degrees (PhD), most commonly over the course of 3-2-4 years. There is also a number of tertiary education VET facilities (Vocational Education and Training) with similar powers as universities, except for awarding PhD titles. International students who do their coursework in Poland during an exchange programme can earn points through the European Credit Transfer System.

Polish tertiary education is on the brink of undergoing a change which is represented by a new law commonly referred to as the Constitution for Science. Its aim is to stress the quality over quantity in Polish higher education, with a focus on doctoral studies.

We asked Zofia Sawicka from the National Agency for Academic Exchange to identify some of the most burning issues that they want to have eliminated by 2030. “Our agency strives to make Polish higher education more international and successful, and so there are three key areas to ensure that. First of all, we want to provide Polish scholars with the possibility to travel and work at foreign academic institutions. Secondly, we stress the necessity to acquire academic talents at Polish universities. Finally, we need to take care of the painful bit and verify the success rate of current Polish academics to see if they are fit to meet the upcoming challenges,” she says.

The last part may bring about the biggest problems, since it is deeply intertwined with human capital. Polish academics are not used to competing in the global and this is reflected in the number of times they are quoted abroad, the dynamics of which figure are unusually low in comparison to the growth dynamics of Polish GDP. This may suggest the need for staff adjustments and according to NAWA there seems to be a good moment for that right now, as the overall economic situation of Poland is so favourable that it may help the market absorb those people who leave the academia. The aforementioned rejection of mass-education does not mean restricting access to it. NAWA openly talks about their role model for the next decade – a Belgian university KU Leuven – which combines academic success with openness to new students. This is the model that Polish authorities would like to see more at Polish higher education facilities.

Education is not only about staff, however, and therefore its focus on students should not be overlooked. NAWA, which often discusses educational matters with universities, has noticed a lot of improvement in the level of activities aiming to internationalise higher education in Poland. They finance programmes that promote Polish universities abroad and co-fund international exchanges that foster building academic relationships and acquiring new students. Nevertheless, the process is not finished once a new students is recruited. “We realise that a student who has just arrived in Poland needs to be taken care of in terms of dealing with formalities, through their academic needs, as well as social and cultural integration. The way they are served is later reflected in their final evaluation of the experience in Poland, and we regret to admit that even top Polish universities tend to struggle with the process,” says Zofia Sawicka.

The next decade at Polish universities looks like an exciting project to win foreign students’ hearts. NAWA points out to the fact that international students in Great Britain often feel neglected and unsettled during the course of their studies. The main reason is the high number of other internationals and this is where Poland’s still relatively low quotas come in handy. Foreign students feel here more at home and in general have a higher level of satisfaction – proven by research showing that it amounts to 9.6, whereas the average in Europe is 8.6 (Studyportals.com, Students’ satisfaction rate, 2016).

What is the outlook for foreign students in Poland over the next decade? Currently, in the year of 2017/18, there were over 70,000 internationals planning to study in Poland for at least one academic year, including 37,200 female students. Over half of the students came from Ukraine (52 per cent), while the second largest group came from neighbouring Belarus (8.3 per cent). Indian students made it to the top three of foreigners at Polish universities, although they constitute only slightly over 4 per cent according to the research. What is interesting is that nearly one third of foreign students in Poland decided to pursue education in Warszawa or its agglomeration (Central Statistical Office, June 2018).

What makes all those young people interested in studying in Poland? Although many come from neighbouring countries or might even have Polish roots, there is a significant and growing number of students who want to study in English or German, as major Polish universities offer courses in these languages, too. As EU citizens can study in Poland under the same rules as Poles themselves, their interest is also on the rise. Not to mention the classic Erasmus+ programme, which has completely reinvented the way people perceive university education all over Europe thanks to short-term exchanges.

If the trends continue, Poland will still be able to attract steady numbers of foreign students, while at the same time providing them with more attention and focusing on delivering quality knowledge. NAWA’s plans to stress international cooperation should foster both internal refreshment of the academic structure and style, as well as appeal to young global citizens who want to feel noticed and valued during their university years.