Robotics in financial services? To many the very idea seems controversial, if not a real nightmare, and sets alarm bells ringing. Does it mean that humans have to accept defeat and give in to machine superiority. Or on the contrary – is it a process we need to embrace? One aspect of the big question, robotic process automation (RPA), serves as a good preview of everything entailed in the marriage of finance and robotics. 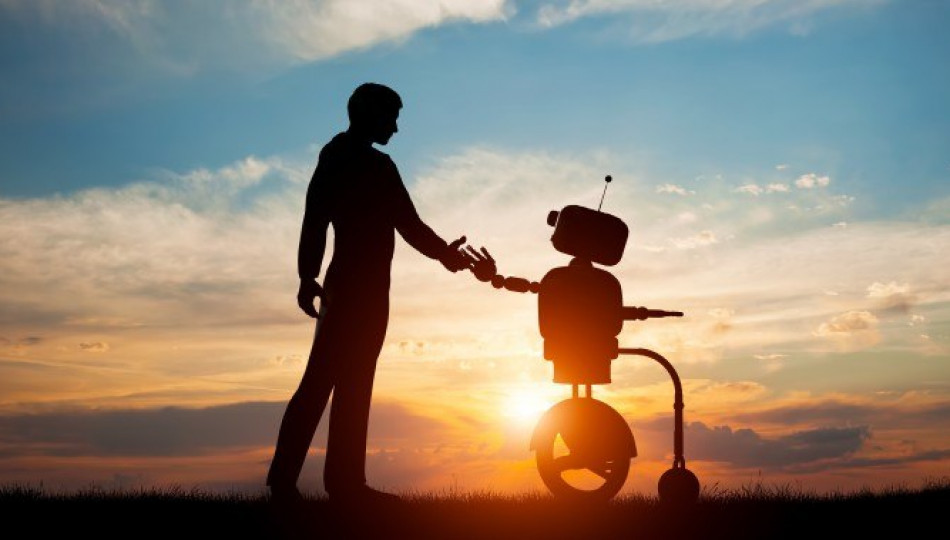 Why is Poland best for your startup?

After years of literary and cinematic images presenting artificial intelligence threatening the mankind, humans have certainly become a bit suspicious towards technology showing any signs of autonomy. Even worse if said technology aims to replace human effort, skills and abilities. Shall we become redundant altogether and do we face human-AI wars in the nearest decades? Before such questions are asked, it is worth considering whether refraining from automation in all fields of life is the best option. In financial services, risk management, accounting and other related areas, implementing RPA is a trend gaining momentum. What makes it so wildly successful?

In one British company, robotic process automation led to inviting a robot to a Christmas party. This does not have to be the case in every enterprise deciding to introduce RPA in their offices. RPA refers first and foremost to software, not mechanical anthropoid beings or even physically existing machines that take up office space. These computer programs are dedicated to expediting various financial processes in day-to-day operations performed in every financial organisation. More and more often they perform mundane tasks of copying and pasting, which are usually done by an intern or a fresher undergoing job induction. Data processing, error correction, documentation ordering – these are the tasks that robots can tackle quickly and effectively after a short period of training. The training process is a key takeaway for those only learning about RPA – in financial services automated robots are able to do exactly what they have been taught to do. No part of them is programmed to learn in the way humans do and they are essentially unable to develop any kind of self-improvement. Sometimes employees involved in the robot design are asked to choose a set of commands that have been most useful to them in their common tasks. In this way, a real person transfers some of their knowledge and problem-solving skills into the robotic software that later is able to perform actions in, let’s say, 300 scenarios learnt beforehand. What is the big deal then and why does the idea still fuel controversy?

The biggest concern related to RPA is that it will threaten areas which are now a solid part of modern business landscape. The shadow of a silent revolution is especially visible in outsourcing processes, which might be introduced to robots. Efficiency is a big factor in contributing to RPA’s popularity, but nonetheless there is more to it. Well-trained robots are less likely to make mistakes typical for humans, can perform multiple tasks at the same time, and finally, are able to work 24/7. These characteristics seem overwhelmingly beneficial. Experts agree that change in this context is inevitable and big players are already working on implementing solutions to introduce RPA in their functions.

If some of them are still not convinced about implementing RPA, the last major benefit triggering changes is cost-cutting. According to 2016 EY’s report on the subject, Robotic process automation in the Finance function of the future, a global company using Finance RPA Virtual Handling can reduce costs by 50-70 per cent when it comes to frequently repeated tasks. Another report, Deloitte’s 2015 "The robots are coming", similarly stresses the benefits of implementing RPA in financial functions. Their research shows that while a full-time employee offshore costs 35 per cent of what a similar employee would cost onshore, the value of a robot is estimated to only 10 per cent. The figures seem to be so convincing that sooner or later all major companies will be tempted by them. What should be done by employees to improve their position in a labour market on the verge of such a considerable change?

Do you want to read the reports in full?
See Deloitte's The robots are coming and EY's Robotic process automation in the Finance function of the future.

The human factor in managing RPA processes is going to stay significant. Robots need to be trained and maintained and such processes rely solely on people. As Robotic Process Automation would not exist without IT activities, this kind of skillset is going to be sought after in financial departments all over the world, Poland included. From the perspective of a person employed in finance, developing these skills is crucial, as technologically savvy experts are more likely to stay in business and not be replaced by computer programs. IT experts per se can also feel secure, as the demand for their services is on the rise and RPA is only likely to increase it even further. In many aspects then automation will generate new workplaces, but not necessarily within the business itself – sometimes outside it, for instance at universities or in innovative think-tanks.

When it comes to workforce employed in financial outsourcing or shared services centres, the general employee profile will experience a further change of focus. EY’s report on the subject stresses that financial experts will no longer need to possess skills that can be easily automatized. Instead, new challenges are going to be set forth for them: advanced analysis, information interpretation and decision making. Work done by robots needs final verification performed by competent human experts.

Automation does not mean eliminating easily-automated jobs completely, but rather influencing to smaller degree certain functions within numerous occupations. What is interesting, according to McKinsey Quarterly from July 2016, these tasks will be removed not only from entry-level positions, but also higher management and senior officials within financial companies. One positive result is that employees from all levels can benefit from excluding repetitive, rule-based tasks.

There are a few functions where financial world is very likely to be influenced by RPA-related changes. In its report Deloitte stresses that roles such as financial and accounting technicians, financial administrators, credit controllers, finance managers, financial account managers and payroll administrators constitute a group with a high risk of wide scale automation. These areas are known for extensive workforce, but now, with RPA solutions being approached by company managements, a reorganisation may be a possibility wherever it is feasible in further future.

When automation is going to enter global companies as well as enterprises in Poland? The topic has been discussed extensively, but still most examples of successful RPA implementation projects come from unique cases. Poland has recently faced a lot of debate concerning the issue and seems to be on a track when it comes to such innovative projects. Automation was one of the main points discussed during the 8th European Economic Congress held in Katowice, Poland, where government officials and top managers from various companies reached one conclusion: it is the future of economy and ought to be facilitated, not hindered, Deloitte experts claim that there is still a lot of time to adjust to changes and experts working in finance need to be ready for the next big thing – RPA – and embrace it, instead of approaching it with scepticism and distrust.

Out of IT's comfort zone