Daniel was born and raised in Norway, now he is learning Polish and teaching his native language in Warsaw. Before the move, he used to study IT in his home country. He tells us why he decided to start a new life in Poland. 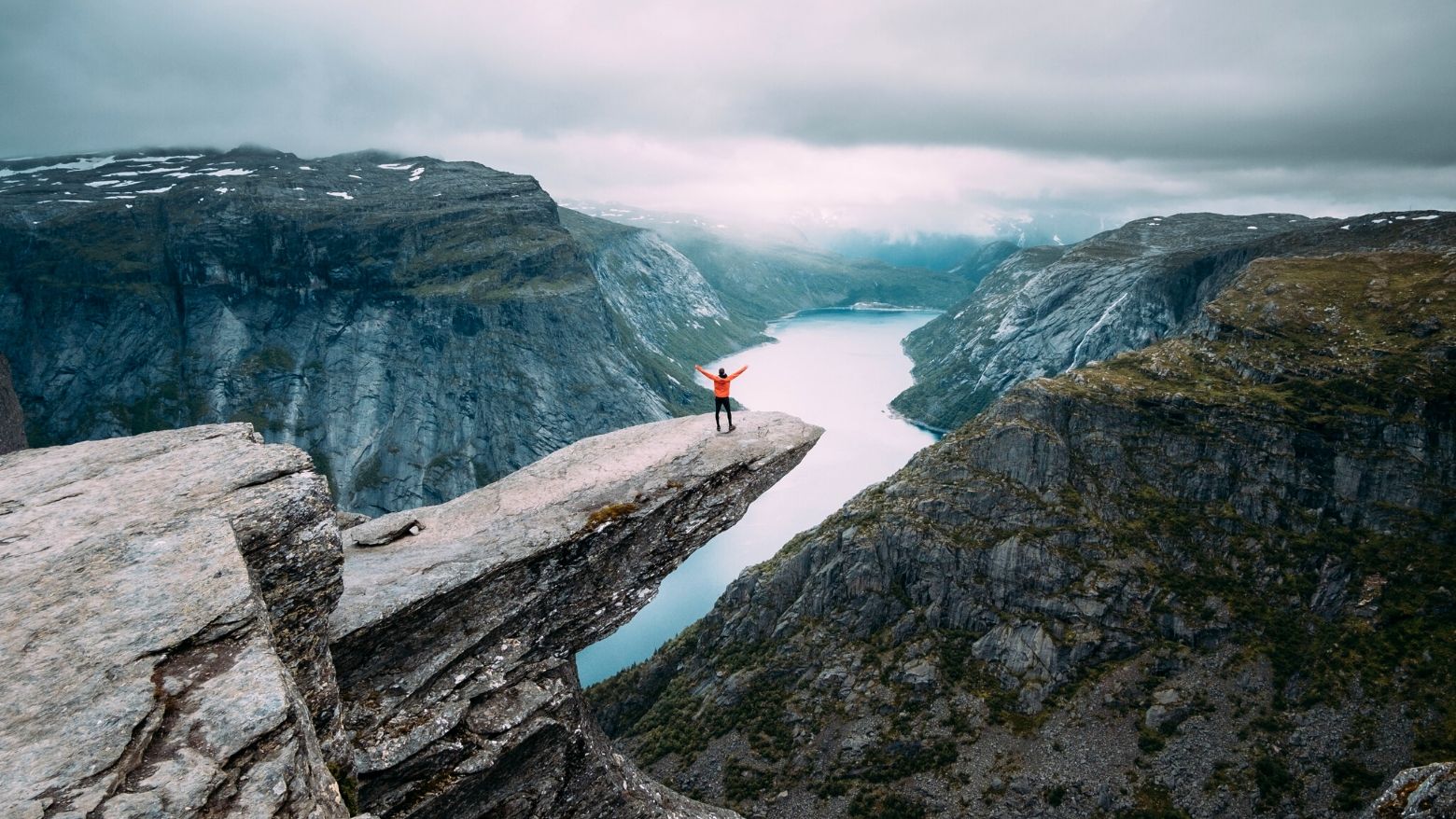 From Romania to Poland - just do it!

You come from Norway, a country believed to be one of 'the happiest' in the world. Why did you decide to move to Poland?

I think it was a combination of several things. Firstly, I always wanted to learn Polish because I have a Polish father and I never really learnt the language. That has always been my main motivation. Apart from that, I wasn't quite satisfied with my studies back in Norway, I needed a change. In summer 2017, just before I moved here, I spent one month in Warsaw, attending a language course. It was then that I realised Warsaw is a nice city and I would like to spend some more time here. When I came back to Norway, the first thing I did, before I even started looking for jobs, was to quit my studies. Then I sent a lot of emails to different places teaching Norwegian in Poland - I don't know where that idea came from, but the easiest way to stay was to get a job.

It seems that you are learning the language pretty fast. Did you pick up any Polish from your family?

Every Polish person that I speak to asks that question at some point (laughs) - "Oh, your Polish is so good! How did you learn it?". It's a difficult question to answer because it really has taken a lot of effort to get that good. Still, I know I have the advantage of having Polish relatives as well. Of course that has helped. But about two years ago I knew very little Polish, maybe only 10-20 phrases. My father didn’t speak Polish with me when I was a kid but I could listen to the language when I was visiting Poland. Also, although my father didn’t teach me the language, I am now speaking Polish with him and he is the person I can always practise with whenever I want.

Do you find the language difficult?

I don’t really have that much to compare it with. Norwegian is my first language and I learnt English when I was quite young, I wasn’t aware of the language learning process. Also, English is a much more intuitive language to learn if you know Norwegian. But now I think I’ve developed a Polish intuition. I still speak quite slowly in Polish because I think about the grammar. But the first thing that people judge you by is your pronunciation and whether you have an accent. I don’t have that much of an accent in Polish and that’s where the first impression comes from. I am happy with my grammar and generally with my Polish but I know I have an advantage over other foreigners that have struggled more with the pronunciation.

What are you most and least favourite aspects of living in Poland?

I really like the public transport system here in Warsaw, I think it’s much better than in Oslo. The connections are good, especially if you are lucky enough to live close to the metro - it's always on time and departs every few minutes. Oslo has more metro lines but all of them run through the city centre, causing bottlenecks. What's different in Warsaw though is the attitude towards customers. When the tram on my way here broke down and all of us were waiting, the driver didn't tell the passengers what was happening. In Oslo you would be notified after two minutes.

Is there anything you miss about your home country?

I miss somewhere to swim in the summer. The parks in Warsaw are really nice but I miss the sea and the lakes in Oslo.

Have you noticed a lot of differences between the Polish and the Norwegian mentality?

One thing that people say about Norwegians is that they are reserved and they don’t speak to strangers or to each other in public but I think that's what they say about Polish people as well.

I would say that we don't talk much in public but we become very open once we get to know each other.

That's exactly how a lot of Norwegians would describe themselves! I think it might be a phenomenon of living in a big city. There are so many people and so many things happening around you that you have to be selective of who you talk to. Also, people are more on their phones nowadays. And another factor, in my opinion, is winter darkness – when it’s dark and cold, people tend to stay indoors and interact less. There is a bigger difference between winter and summer in Warsaw than between Poland and Norway. Oh, and there is one more difference between Poles and Norwegians - Polish people care more about history.

You were granted Polish citizenship recently. Can you tell us a bit more about the process? How long did it take?

Technically I didn't really obtain a citizenship. According to Polish law, I've always had Polish citizenship, so it was just a matter of confirming it. Of course I didn't know any of this when I moved to Poland, so at first I wanted to register my stay, just like any other foreigner. After about four visits to the foreigners' office, they told me I had to apply for citizenship and that I wouldn't get the permission to stay because of it. Then I had to get some documents from Norway and really there haven't been any serious problems, it's just that every visit and every formality takes so much time. Now I'm done at the department for foreigners and I've moved to an office, where I'm supposed to register as a citizen of Warsaw - they of course have no communication with the previous office so I have to get new versions of all the documents from Norway. And I still don't have my national identification number. That's where I am at now. So, I have a confirmation of my citizenship but that's not the end of the story.

You are now learning one language and teaching the other. Does it help you to relate to your students? Do you have any advice on how to speed up the language learning process?

Yes, it helps me relate to students because I know what is required to learn or to start speaking a language. In my opinion, what is most important is not what you do in class, but what you do at home - how much you use the language or speak with people who know it. An important part of learning is having to use the language even though you don't understand it. A good practice is to watch a video where you don't get everything, maybe even several times. Watching youtube videos is a personal favourite of mine because they're short and you can see the context and understand everything better than just by listening or reading. All of those things are important of course, but you need to have variation, to combine them all.

What are your plans for the nearest future? Are you going to stay in Poland for longer?

Last fall I moved into an apartment that belonged to my grandmother, so now I have a very nice and cheap place to stay. I'm happy with living in Warsaw and I have no plans of returning to Norway in the near future. I really enjoy my job of teaching but I don't think I am going to focus only on that. I would like to try different things, to pursue a more creative career, maybe in the arts or music. So far I've had a couple of minor projects and I'm trying to be creative all the time but I also want to evolve as an artist. I am considering going to some kind of art school or even just taking painting classes. I understood how beneficial that is while I was learning Polish and taking individual Polish lessons. It's easier when there is someone guiding you. Right now I'm drawing and playing guitar at home and creating things that I'm happy with but that I also would like to get better at.

What do you think is the best place to visit in Warsaw?

I like to discover new places but my favourite one right now is Park Skaryszewski. There are several great parks in Warsaw but this one must be the best, I think. I actually went ice skating there last weekend and today, on my way here, I saw a lot of people fishing on ice. What was really strange for me as a Norwegian is that yesterday was Sunday, everyone had time to do what they wanted, there was a frozen lake in the middle of a beautiful park and I was the only one there. That would've never happened in Norway! 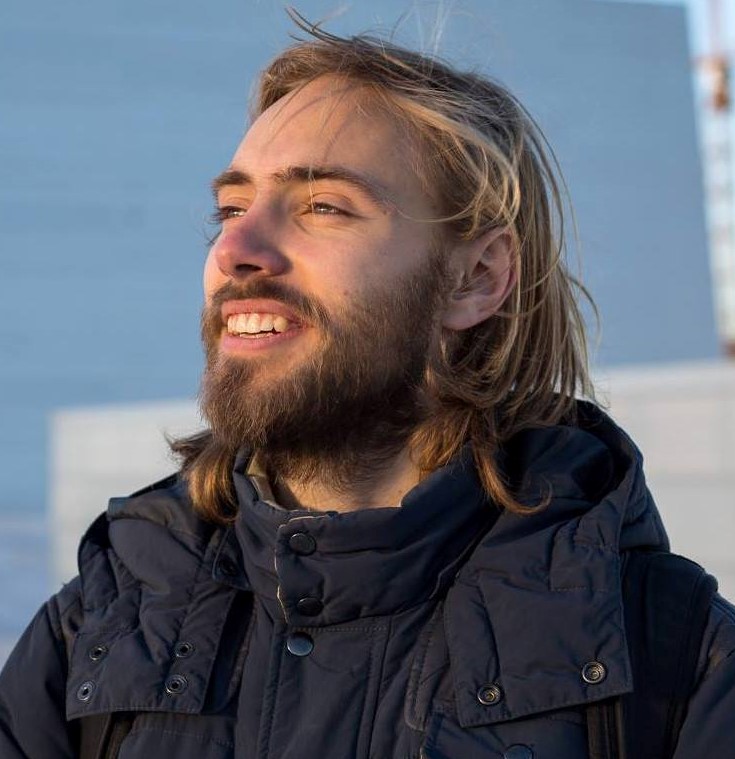 Daniel moved to Poland in 2017 to get in touch with the language, the culture and his Polish roots. He works as a Norwegian teacher, and enjoys learning more about the Norwegian and the Polish language. When he's not occupied with language, he spends his time drawing, making music or writing - find out more on his Instagram

Have courage to make the move – Indian Girl in Poland

Northern Irishman in love with Poland