Mike, a Polish American, tells us about his experience being the lucky holder of a Polish passport, and the ups and downs of his life in Poland. 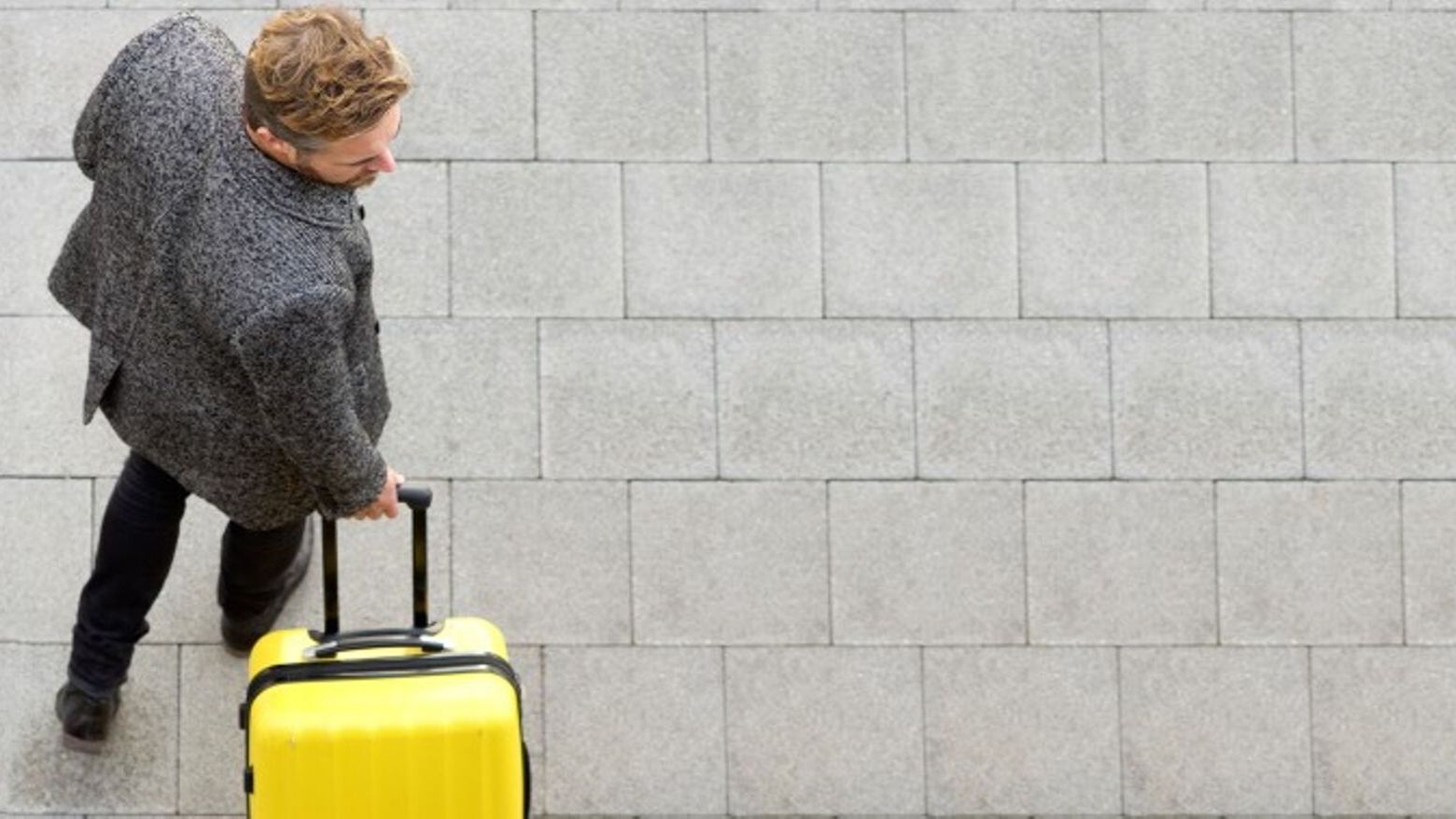 I didn’t hesitate – Mikel from PepsiCo on his relocation

It surpassed my expectations - Kai and his ESN experience in Poland

Can you tell us more about your Polish background? Have you grown up with some knowledge of Poland, its people and the language? How has that helped you with your relocation?

My family actually only migrated to the United States when my mom was pregnant with me, though she did not know it back then. This was back in the 80s and was some kind of scholarship program, which could be extended to spouses - my father got a work visa. From what my family told me, the whole thing was a bit chaotic, the organising foundation lost originals of my mother’s diplomas and tried desperately to find one institution that would take my mom despite this. The only taker was Ball State University in the small town of Muncie, Indiana. As I was born on US soil, I automatically got a citizenship (not sure if this is still the rule now). I’ve grown up knowing about my ancestry, but as my parents both spoke fluent English, I did not use Polish at home.

What was the reason behind your decision to relocate to Poland? How old were you and did you find it hard?

My decision wasn’t really to move to Poland. I started working for a Saudi-owned company with businesses in many countries and after a few years of working for them in the States, I was offered a job of a coordinator for the European region. This would mean traveling a lot around the continent and they asked where I would like to be based and I chose Warsaw, Poland in order to get some knowledge about my ancestral land. I was 25 and the year was 2010. I didn’t find adjusting hard. The culture is very similar in my opinion.

Has Polish ancestry helped you in the process of relocation? Can you tell us about the legal details you had to go through?

I actually didn’t have to go through the legal process. I am officially a Polish citizen, but my parents went through the legal process shortly after my birth in then still communist Poland. Don’t know how that worked back then, I know my father had to travel to Poland once as part of the process. However from what I know the process is straightforward if you have both Polish parents. There is some talk about language and culture tests in the future, so the process may get harder.

How has being Polish helped you in your career or other aspects of life? What benefits are there for dual Polish-American citizens?

My work means I travel a lot, not only in Europe, but also North America, Arabia and Africa (occasionally other continents). I basically always use my Polish passport for this, unless I’m going to the US or Canada. The sad truth is that the US is frowned upon in most of the developing world, while Poland has a neutral or good opinion, so generally for almost every more exotic country of the world using a Polish passport is just easier. The funniest thing I remember was the Bujumbura airport in Burundi, an African country. I went there with three colleagues, one American (on US passport), one French and one British. And from the beginning I could tell that Burundi with its colonial past does not like the West. The passport control officer barely glanced at my passport and visa. Than I had to wait for my colleagues for 30 minutes as they were scrutinized. This continued on the street, where an American or Western European passport for police meant “rich man = we want bribe”, my Polish one did not cause such reactions. So if you want/need to travel to exotic countries a Polish passport is a real blessing. Of course it also gives you freedom of movement in the EU, which is probably an even bigger benefit, but everyone knows about this one :)

How long have you lived in Poland? Do you come back regularly?

I’ve lived in Poland for 6 years up to 2016. Then my office was moved to Vienna. I’ve always had family in Poland so I visit regularly. My parents are also back in Poland since 2012 as they decided the dollars they made in the US can buy them a better life in Poland and came back so my dad could start a business in Warsaw. It’s successful, but I still think they will relocate back to the US for retirement, but this is more related to weather.

Are you an ex-emigrant considering moving back to Poland?
Read about retirement in Poland.

Tell us more about the upsides of living in Poland from the perspective of an American? Would you encourage people with a similar background to try and move here?

From my perspective Poland is very similar culturally. It’s quite easy to find a new life in Poland. The problems may be the language barrier if you don’t know Polish already, as while more people speak English in Poland than in say France or Italy, it’s still hard to get around without Polish. I also miss the diversity. I mean Poland seems less diverse than even Indiana where my life story began! In elementary school my friend group consisted of two typical while local boys, an Iranian kid (son of a refugee from ‘79), a Puerto Rican kid and another long-time local, but Afro-American. The tastes of all the different food when you visited their houses was something I still remember to this day. Another thing that bothers me (and no, it won’t be all negative) is the distrust. People are so suspicious of one another! The old article I read a few years back still is true. Warsaw has like 300 gated/walled communities, while (slightly less safe) Berlin has 3. The number is even impressive compared to American towns which are much less safe. I never understood while Poles want this isolation. Americans may sometimes be quite naive and over trusting, Poles seem to be the opposite. I mean we have that in the US too, in the isolated island called New York City, which is generally not liked in the rest of the country. Poland seems to be like NYC. No eye contact on the subway, no small talk. I’ve lived in Muncie, Chicago and LA before moving to Poland, so that attitude was shocking for me.

Now, the good stuff. Once you get to know people, they are really cool. The prices are rarely higher than in the US (like in the case of gas), sometimes the same and sometimes lower, while in Western Europe they are extremely high for American standards. The transport links (low cost airlines and trains) make Poland great for touring Europe while not breaking your budget. As for Poland itself, the public transportation links are excellent. Outside of very few US cities people don’t really use public transportation unless they have to as it’s inconvenient and dangerous. In Poland both transportation in the city and intercity links are so great you don’t even need to run a car. Also Poland has so many hidden tourist gems. Some of them not even promoted inside Poland, not to mention abroad. My favourites are the old city of Zamość, real life Hogwarts - Moszna Castle, the old Silesian architecture districts of Katowice and Chorzów, and the port city of Gdynia (touristy Gdańsk and resort style Sopot get most the tourists, and the absurd prices, but Gdynia is the real gem for me - real port city vibes, but safe unlike Marseille and easily accessible unlike Odessa).

In Poland I’ve also learned that American companies are really squeezing Americans. US Fanta says “contains no juice”, Polish Fanta says “now with even more juice, 5%”. Then there is the cleanness in Polish McDonald’s, the fact that KFC in Poland tastes better than the American one (even better than Chick-fil-A) and the fact that Domino’s (which actually tastes quite the same) is half the price for a pizza. That was a hard lesson to learn that those and other American companies (also: Burger King, Pizza Hut, Pepsico, Subway, Starbucks etc - the list goes on) are trying so much harder in Poland. To top it up, even Miller Beer in Europe tastes better. Thankfully Corona tastes exactly the same, but I think they make all their beer in Mexico, so that’s to be expected.

by: Careers in Poland
Expat stories
published: 06 May 2021