What can come as a surprise for a foreigner who moves to Poland to work? Not much if they land in a large company. Is the culture in corporate offices different from the special characteristics of a country the company is located in? 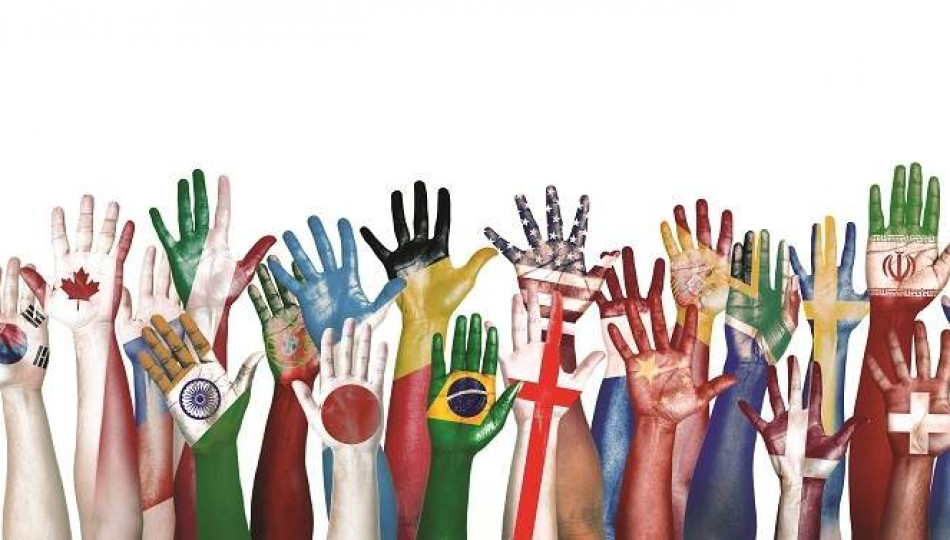 People working for international companies and running business that goes beyond the borders of our country agree that coming to Poland more and more rarely entails experiencing even a little “culture shock”. There are two reasons for that. First, multinationals create a strong organizational structure which can be called “the culture of the international working environment”. Second, certain standards are aimed to reach the highest effectiveness. The companies simply try to apply proven solutions in all their branches.

It is especially hard to expect a culture shock in the BPO/SSC sector companies. Apart from the fact that their employees often work in international teams, they also provide service to customers from different countries. Sometimes everyday life in a company has practically no connection to the office location.

“The majority of our team positions are occupied by Poles. Yet it doesn’t have an overwhelming influence on the corporate culture because we practically don’t work with customers from Poland,” says Marta Drozdowska, Recruitment Manager from Atos, an international company in the IT services industry. “Before foreigners landed in our team, our Polish staff were prepared to deal with cross-cultural differences, thanks to contacts with customers from other countries.”

Management also influences the prevalent culture elements in a company branch. If a company operates in Poland but it is managed by executives from another country, it is them who shape such elements as communication, relationships between employees and between subordinates and superiors. The country of a particular organization’s origin is also important. The working environment in a Polish branch of an international company from Sweden or Norway may be more “Scandinavian” than “Polish”. “The culture of a company’s mother country gives a tone to the communication to some extent, and determines the company’s management style. It also translates into priorities and lines of action,” says Maryla Aftanasiuk Lisiecka, Manager of Regus business centre in Mokotow, which belongs to a chain of 2,000 locations all over the world. “If in a given country, extensive social packages are popular, there is a real chance that you will find such an approach also in the Polish branches of companies from this country.

That is why an employee relocating to a Polish branch of a company from its home location can expect that their working environment will not change in a spectacular way.

Multinationals also unify the corporate culture in their branches all over the world to achieve the highest effectiveness. Relations between superiors and subordinates are often the topic of deliberations on culture differences. The style of an open discussion and “open door” to the boss’s office, typical of the USA, contrasts with the authoritarianism in the companies from Eastern Europe, including Poland, or even more hierarchical and closed Asian culture. Yet the situation is changing dynamically and cultural patterns are giving way to models which enable speed and flexibility of actions. Heads of companies from China and India, whose investments in Poland are increasing, do not expect from the British and Germans coming here that they will follow the Asian etiquette while contacting their superiors.

“All the companies pay increasing attention to their employees’ ideas although it is the head who takes the final decisions. Yet the growing openness to consultation with employees is clearly visible in Poland,” says J.J. Singh, Managing Director at Weco-Travel, which deals with the service of international business trips and has several branches in Eastern Europe and Scandinavia. “In companies operating in Asia, hierarchization is still noticeable but it manifests itself, first of all, in showing outward respect to the boss. Yet although similarly to the situation 20 years ago, a subordinate in India or Japan bows intently to their boss, the relationships between them are fundamentally different. They consult, let their subordinates to a discussion – this is just an international tendency. Asian people running companies in Poland also adapt themselves to this. I consider my meeting with my former boss, who I worked for in India, as the symbol of these changes. We met in Poland with his numerous co-workers, who hold the key positions in the company, and we jointly thought over what we could do together. During this meeting, my boss’s subordinates presented their stand point. Once, in India, it would have been more likely to be a meeting of two bosses."

It’s easier at work, but in public offices...

While cultural differences and language problems are becoming less of a problem in a company, carrying out work formalities in Polish public offices can be a test of foreigners’ nerves. Red tape, permits, incomprehensible procedures and a language barrier are serious obstacles. “I think that foreigners coming to Poland from the West may be surprised by a more bloated bureaucracy related to work”, says Daniel Sawko, KYC Analyst at UBS, a British man working in Krakow. "What especially surprised me in Poland is the obligation to undergo medial tests before you start work. In the UK, it is not reguired. As a Poland is a member of the EU, where we promote the free labour market, such obstacles should be reduced."

To cope with the specific Polish “bureaucratic culture”, foreigners need support. Sometimes it is provided by a company, sometimes by friends. Andrzej Jaworski, who works for a Wroclaw company Taxat, operating in the area of debt recovery and developing procedures for debt recovery, came to Poland from Ukraine. He was supported in adaptation, among other things, by a training, as part of a programme financed by the Wroclaw government, thanks to which he could obtain the most important information on living, working and studying in Poland. “I could quickly figure out the administrative procedures, law and such everyday issues as using public transport or shopping,” says Jaworski. “Coping with Polish public offices was difficult and time-consuming. Yet although I didn’t know Polish, it was easier because there are no huge differences between Poland and Ukraine as regards labour law and administrative matters. What’s more, a Pole and a Ukrainian are able to understand each other, more or less, even if each of them speaks their own language.”

Daniel Sawko was supported by his company as regards his adaptation to work in Poland and getting to know the cultural differences: “When I started my work in Krakow, I could take advantage of advice of a team which was assigned to help me. These people helped mi to go through the whole process: I could contact them any time asking questions on any topic, including issues related to everyday life, customs and moving around the city. This assistance was especially useful in communication with the public administration.”

What comes as a surprise for a foreigner?

While company’s operations or corporate culture are more and more rarely surprising for foreigners in Poland, depending on where they come from, they can have bigger or smaller problems with the Polish mentality. Those coming from the West may be irritated by the special attitude of “picking holes”, namely anticipating problems and not noticing the good points of the solutions discussed. During interviews, they are annoyed by being questioned as regards the truthfulness of the information in their CV instead of seeking potential benefits that both sides could achieve thanks to working together. Some people are surprised by the distrust concerning fulfilling commitments. “Especially southerners find it difficult to get used to long business agreements, full of legal and formal vocabulary, even if it is not particularly needed in a certain place,” observes Maryla Aftanasiuk-Lisiecka. “Of course, they will also have to get used to the Polish “grumbling”, which is talking about the downsides of happenings, and to the fact that constant smile and positive attitude do not occur on a daily basis.”

“Those who come from other countries may be surprised by the Polish long weekends, celebrating them, looking forward to them, and the fact that practically the whole life is declining then,” observes J.J. Singh. “On the other hand, they may be surprised by more advantages than they expected. In comparison to other nations, even the western ones, the Poles appear to be hard-working and meticulous employees who play as a team. They don’t finish at 5.00 pm regardless of what is happening. A foreigner coming to work here will have to adapt to this."

Culture shocks related to work are becoming a thing of the past in case of multinationals. This concerns also foreigners who come to work in Poland. In international companies, we encounter rather the special “corporate multiculti” than corporate culture with special national characteristics. As a result of the increasing mobility of employees, unifying standards and integration with the western world, there are more and more foreigners in the Polish branches of international companies. And this makes the adaptation of others easier. Marta Drozdowska concludes, “Maybe a few years ago, a foreigner coming to work in Poland could still experience a “culture shock” resulting from the difference. Now it’s rather not possible. People from abroad find their compatriots in Poland more easily, and this definitely makes their adaptation faster and helps to understand potential cultural differences. It is worth mentioning that besides the branch location, there are other factors that determine the management style in a company, for example, the average age of employees. In our company, it is 30. This means that there are more people who started their careers in the era of the Internet, promoting the knowledge of English, and faster communication. This reduces experiencing culture differences.”

A journalist of the website KarierawFinansach.pl and he specializes in the labour market and human resources management. He wrote, i.a., for Gazeta Praca in Gazeta Wyborcza, and Personel Plus, as well as the business websites of the Institute of Management. He co-created the website Publiczni.pl, dealing with HRM in public administration. Editor-in-Chief of the website DrSprzedaz.pl, which promotes education of sellers and sales managers. He finished sociology at Warsaw University.