Startups are the mythical creatures of our times. Modern, fastpaced, innovative and relaxed at the same time – how is that even possible? Poland seems to follow their victorious path particularly successfully, but it does not stop Poles from building their own startup models as well. 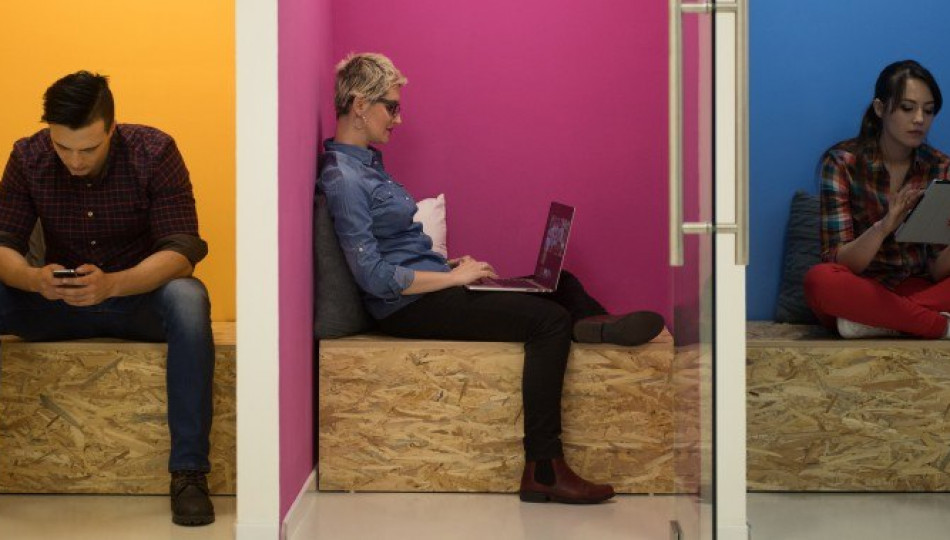 by: Jakub Jański
IT sector in Poland
Startups

Finding the perfect definition of a startup is not an easy task. Since their arrival in the 1990s, they have been rocking the business stages around the world ever since. Modern giants such as Apple or Google could all be considered as startups a few decades back. Poland is no different - it embraces the unique presence of startups in its entrepreneurial landscape.

This relatively new branch of business is not easy to assess in terms of numbers. According to the 2015 Startup Poland report, there were almost 2,500 startups in 2015, but the number is growing. Polish startups have a few places of high activity scattered around Poland. Warszawa, Kraków and Poznań are the top three cities that attract young masterminds with an entrepreneurial inclination. Other popular startup destinations are Wrocław and Tricity (Gdańsk, Gdynia and Sopot). All these cities are university hubs that often support companies growing under their auspices.

Do you want to read the full report on Polish startups? You can download it here.

The areas of activity are wide and its products differ from one startup to another, but they all rely heavily on IT solutions. The biggest number of them provide B2B (business to business) services, deliver software or SaaS (software as a service) licensing. Other significant fields of interest include: mobile and e-commerce activities, big data solutions, games or education. More than half of these startups exports outside Poland, while one fourth of them works closely with scientists. Is this area bound to succeed? We shall see soon enough.

Financial gain can be an efficient way of measuring your success. Beginnings are often difficult – Polish startups either invest their owners’ money or get EU subventions. Some young businesses finance their ideas through VC (venture capital) investments or thanks to business angels – wealthy individuals ready to put their money at risk in exchange for some shares in the company.

Nevertheless, the risk seems to be worth taking against the odds. One third of Polish startups has increased their income by 50 percent during the first year of their presence on the market, whereas one in five has doubled it. A quarter of them predicts that in two years’ time their company will be worth 10 times more than at the beginning.

One of the most surprising facts about Polish startups is that, according to the 2015 research, more than half of them exports outside Poland. When compared with figures of traditional business ventures (only 7 percent of them sells their services abroad), startup statistics are very impressive. Three main targets of their activity are: the USA, the UK and Germany, all of which are known to be demanding markets that value good product quality and are very competitive. What is more, one out of five Polish startups has their very own branch abroad. Going global seems like a good motto for them, doesn’t it?

Polish startups aim for success. Whether it is global or, for the time being, stays on the local market, it depends on their business models. Young entrepreneurs from Poland want to improve their ideas. This is why one fourth of them works closely with scientists and the number is bound to grow. They are also focused on RDI (research and development innovation), which allows for the half of them to say that their products are breakthrough innovations (over 50 percent).

Another trend in the Polish startup environment is going towards bigger diversity. Almost one third of the companies has been founded by women. Their business models are as efficient and successful as those founded by men.

The youthful drive behind this fairly new business power in Poland is truly amazing. Recently, the startup sector has been receiving more and more recognition for its innovation and opening more possibilities for the future. Foreigners are naturally welcome in their friendly and open-minded environment, which is being watched closely by all of us – you never know what changes one smart idea may bring to the world.

Beacons - the future of Polish startups

While many Polish startups are gaining worldwide recognition, those related to the beacon technology (small Bluetooth or Internet devices carrying data to nearby smartphones or tablets) are really having the time of their lives. Which Polish companies should you watch closely?

Is your idea next?