Women are getting ahead of men. Their drive, thirst for success and willingness to improve professional status change the world every day. Successful campaigns, carried out throughout the entire past century, have really made a difference. IT has been late to catch up with feminine power, but now is the time to make amends. What is it like for a woman to work in IT in Poland these days? 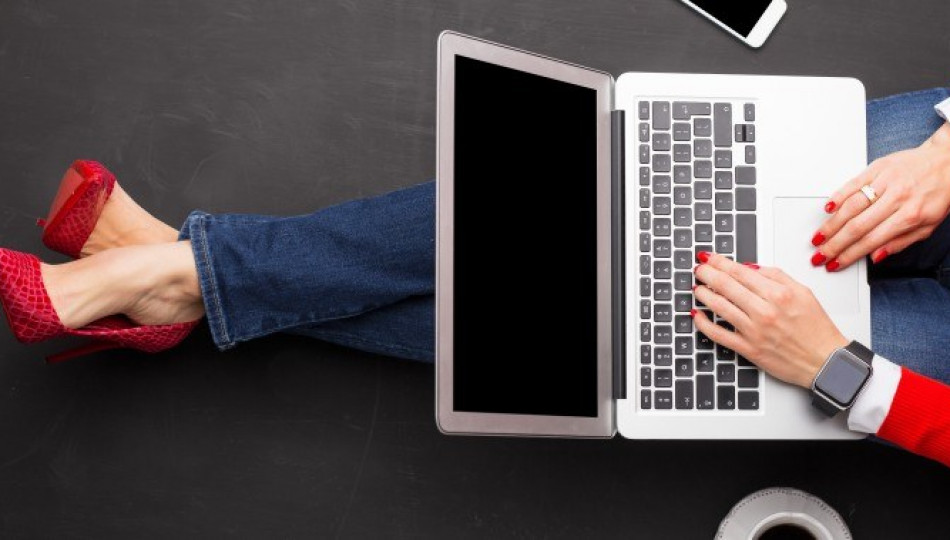 Back to work during COVID-19: new health and safety guidelines for employers in Poland

The IT sector is globally perceived as male-dominated. For a long time this view has been more than correct – women’s presence in the business was close to zero, with the exception of administrative positions. However, it was the technological boom of recent decades that gave way to breaking male supremacy in IT. More education and access to information equalled more opportunities in Information Technology. As of today, there is a proven shortage of about 50,000 IT experts in Poland. No wonder that women grabbed their chance with both hands. But what has this bold move brought them?

A recent report Kobiety w IT (Eng. Women in IT) by Hays Poland, Geek Girls Carrots and Biuro Podróży Reklamy, sheds light on Polish women within the IT sector. It shows that indeed the field is dominated by male workers, which is not uncommon around the world, despite the constant rise of women joining the business. Even such giants as Google struggle with introducing more gender diversity into their organisations (Google.com/Diversity, January 2016), a fact which foresees a long way to go before worldwide disparities are reduced within the sector. In Polish IT companies, almost one third of female employees admits working with men only on everyday basis. This issue will undergo a graduate change, but at the moment the lack of proportions is still very much evident, both in Poland and globally.

While IT companies as a rule are one of the most youthful work environments, if you are a girl considering joining the business in Poland, you will most likely be surrounded by very young female co-workers. Half of them are between the ages of 25 and 30, while women over 40 constitute only a tiny percentage centage! Such demographics should not be shocking, considering the fact that the Millennials were the first generation to have easy access to computers in their daily lives. Everyday familiarity with their very own PCs in the 1990s has had an effect in the generation flooding the IT sector, without excepting women. In years to come, the young will also choose IT, therefore the dynamics of company demographics will see even further changes.

Female IT experts in Poland do not necessarily need higher education diplomas to get a job. Around one third of them has a degree related to Computer Science, while the rest is either in the process of obtaining it or has followed a completely different course of education. This proves that IT organisations in Poland do not feel the pressure to hire people with a documented theoretical background. What do they value then if CS diplomas are not their object of interest? The answer is consensual: experience and practical know-how of the trade. Women, for various reasons, have not always majored in IT at university, however it does not prevent them from taking up jobs in the field. As long as they can prove their competence and attest that their personal knowledge can be useful to the company, they are in.

In Poland, companies interested in hiring women as IT experts are usually related to IT and telecommunications activities, but there is no limit to possibilities that the profession generates. Over one out of ten Polish women specialising in IT works in marketing, and other branches of business popular among them include banking and investments services, as well as accounting, which confirms the interlink between the worlds of technology and finance. What jobs do they hold in these companies? The majority of them works as either Software Developers or Software Testers, but other positions popular among them are Project Managers and Business Analysts. Yet another proof that women have what it takes to settle in this once-adverse environment.

Book a ticket to…

When it comes to choosing a place to work and live, Polish female IT experts tend to focus on major cities. This is where they can find big international organisations, as well as the growing number of small and medium-sized companies. The winner in both cases is the Masovian district, home to the country’s capital, Warsaw – it is chosen by 25 percent of young female professionals. Other popular destinations include Poznań, Kraków and Wrocław – big cities with great potential, not only in IT. Additionally, urban areas are able to guarantee something else, highly valued by contemporary employees – networking.

It is important to seize every opportunity to meet people from your professional environment and connect to them. Its benefits are clear: transfer of knowledge, advice or even meeting a potential employer. IT girls see the necessity of attending conferences and other gatherings related to their profession, most of them at least once a year. Experts stress that participation in such events helps women build their network of contacts, provides latest information about trends in IT and gives insight into plans of competing organisations. By attending discussion panels or workshops, women are more eligible to achieve success in the long run. In smaller town areas there is still a shortage of possible associations that unite IT professionals with similar interests, but knowing the demand for them and the rapid growth of the sector, we can rest assured that they will appear in a few years’ time.

IT companies in Poland want to recruit women as much as they want to recruit men – it is a fact. Nonetheless, explaining the necessity of adding the female element to an IT team comprised of men only is sometimes a hard nut to crack. Nearly half of the Polish IT female employees admits openly that in the course of their professional career they have witnessed coarse jokes or work extra hard to prove their skills to their male counterparts. These problems however do not seem to put them off from pursuing careers in IT.

To be or not to be in IT

Women persevere in this still undiscovered territory. In Poland, three quarters of them claim that it is worth considering working for the IT sector. Despite all historical and possibly present adversities, they see the point in their work. They make loyal employees and supportive colleagues.

What makes them attracted to IT? Rapid development, focus on practical knowledge and skills, lack of complex hierarchy, intellectual challenges… plus wages are higher than the average ones. Research shows that prolonged internships, common in other branches of business, are scarce in IT. To make things even better, unemployment is almost non-existent within this sector. Polish companies do not limit themselves to recruiting Poles only. Within their structures there is plenty of space for female IT professionals from abroad. Knowing the many ups and a few downs of this career path, will you consider joining us in IT?

How to best prepare for an online job interview? Follow these 5 steps

Should Polish companies include salary range in job ads?

Do we have 'good jobs' in Poland? Gallup report