Careers in Poland
Some countries rely heavily on car transport but a lot of inhabitants of Europe could not imagine their everyday lives without access to public transportation services. Poland is no different in this respect and its residents can usually choose between several transportation options. Read our article below to decide which of these suit you best. 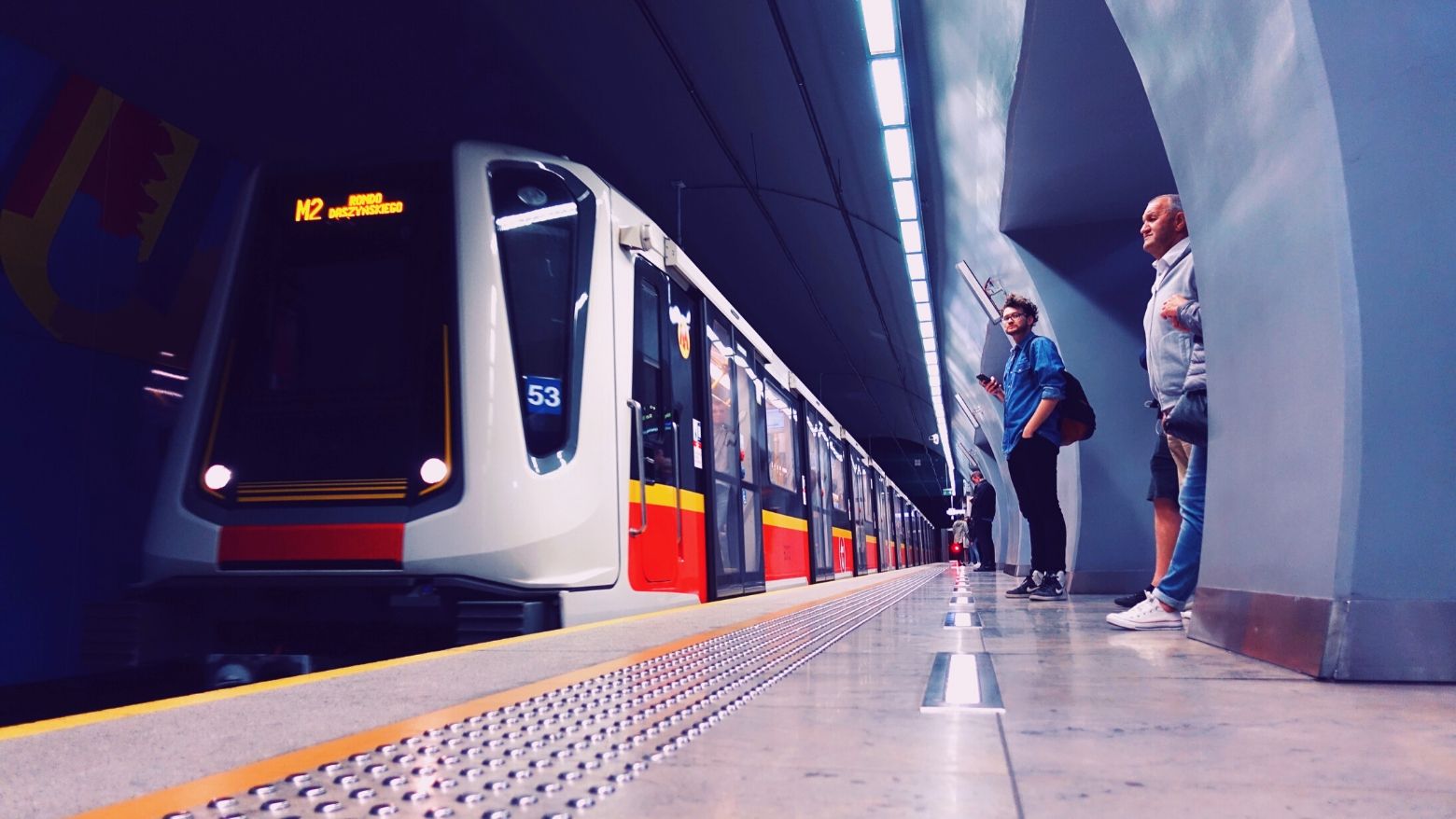 In pursuit of happiness

The Warsaw Metro is the only underground railway system in Poland, operating since 1995. At present, it consists of two lines running through twenty-seven stations (another six are under construction) and while it pales in comparison with other European networks, the metro has many advantages. Foreigners often praise Poland’s underground for its cleanliness and spacious carriages, not to mention the efficiency – the trains leave every two-three minutes during rush hour. It is no surprise that so many Varsovians opt for this type of commute. The major Polish cities have extensive networks of overground transport connections, including buses and trams. Their routes and timetables are usually displayed on stops and inside the vehicles. You can also listen to pre-recorded station announcements to make sure that your stop is coming up. Public transportation fares in Poland vary from city to city – in Warsaw, a single journey is around PLN 3-4, a one day travel ticket costs PLN 15. If you are planning a longer stay in Warsaw, you can invest in a personalised 30-day or 90- day travel card (PLN 110-460), which allows you to freely move around the city and its suburbs. Some passengers (students, seniors, disabled people) are eligible for a 50% discount on travel. The tickets are valid for all types of public transport and can be purchased from ticket machines, some newsagents and at passenger service points. Once you have chosen your preferred means of transport, remember to validate your paper ticket – random controls happen from time to time.

Those who are looking for some greener (and healthier) means of transportation will be pleased to hear about bicycle and scooter-sharing systems which have recently proliferated in the Polish urban areas. Although the latter option has already sparked some controversies (there are no laws preventing the use of e-scooters on pavements), it does seem like one of the most cost- and time-effective ways of covering short distances within the city. Also, visitors from outside Europe are likely to discover that in many towns and cities your own two feet can get you around just fine!

Are you planning a little holiday trip in Poland? What better way to explore the country than by hopping on a train? Some tourists find it difficult at first to differentiate between various types of trains and train companies in Poland but there is nothing too complicated about it. PKP (Polskie Koleje Państwowe) is the dominant railway operator, providing passenger services on long-distance routes. The most popular train categories are:

Then there are train services which operate regionally, such as PolRegio (Przewozy Regionalne), which allows you to travel between smaller towns or to connect with larger cities in your vicinity. Nowadays, train tickets can be bought online and through mobile applications, if you want to skip queueing at train stations.

Sometimes, a car is the only available means of transport, especially if you wish to travel around the whole country. Now, the first question that may pop into your mind is: “Can I use my driving licence in Poland?”. The answer depends on your country of origin, or more specifically, the country where your document was issued:

• a driving licence issued by an EU/EFTA member state can be used for as long as it is valid. Still, it is advisable that you exchange your foreign licence for a Polish one after 185 days of residence in Poland – otherwise you may encounter some problems with your car insurance;

• driving licences issued by some non-EU countries (e.g. the US or India) may not be recognised in Poland. Holders of such documents are usually required to obtain an international driving permit, which allows you to drive in Poland for up to six months. After this period, foreigners who reside in Poland should exchange their licence or apply for a Polish one.

In order to exchange a foreign driving licence for a Polish one, you need to pay a fee of around PLN 100 and submit your application to the relevant office – depending on your place of residence it can be a starost’s office (starostwo powiatowe), city or town hall (urząd miasta) or a district office in Warsaw (urząd dzielnicy). Some applicants may also be required to pass the driving theory test to complete the process. Note that once you receive the new licence, the original document will be sent to your home country – it will be handed back to you if you decide to return.

What steps should you take to obtain a Polish driving licence? First, make sure that you meet all the requirements – you need to:

• be a resident of Poland

Before you take the theory and practical driving exam, you have to enrol in a driving school – fortunately, more and more schools are now offering classes in English. Such a course can cost from PLN 1,200 to almost PLN 2,000 and it consists of 30 hours of theory lessons and 30 hours of practical driving lessons. Each candidate for a driving test is obliged to obtain a PKK number (candidate’s profile – used to register for the exam). In order to do so, you need to file an application to the relevant local office and present a few documents – a valid ID, your medical certificate, current colour photograph and a copy of a valid visa or a residence permit. Examinations are organised by road traffic centres (the so-called “WORD”) – the theory test for cars costs PLN 30, the driving test – PLN 140. Foreigners who do not speak Polish can take the theory test in English or German. During the driving test, you can be accompanied by a sworn translator.

In pursuit of happiness