On January 6, Polish people stop for a while to catch their breath after Christmas and enjoy this bank holiday. See how the feast of Epiphany is celebrated throughout the country and learn about Polish traditions related to this family-oriented festival. 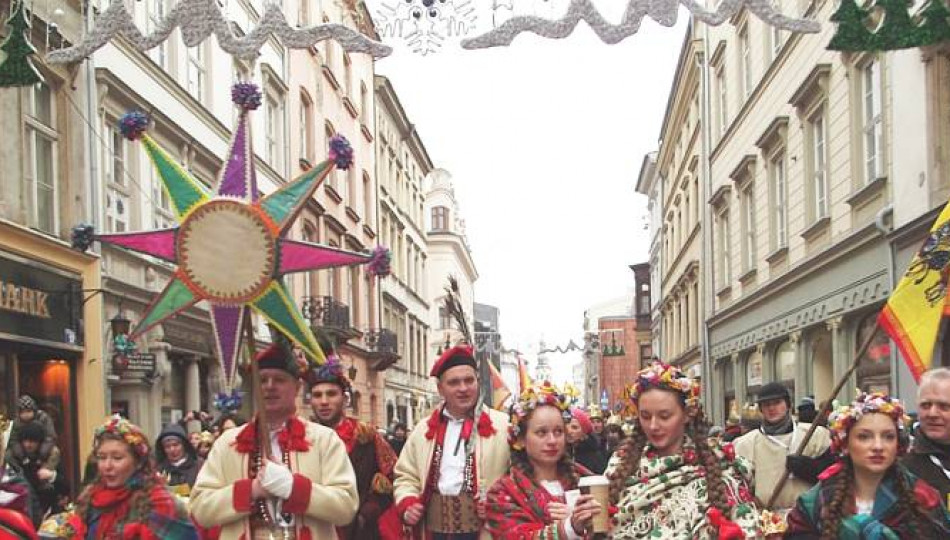 Carol singers in Kraków on the Epiphany

The holiday commemorates the Biblical visit of the Three Magi to little Jesus soon after he was born. The Wise Men, after a long journey from the East, found the barn where the baby was born and paid homage to him. Each of them brought a gift (myrrh, frankincense and gold), which are still present in some rituals of the Roman Catholic Church. The event is seen as the epiphany – literally the manifestation of Jesus as the Son of God. Today Christians observe this day as a joyous occasion, enjoyed especially by the children, for whom it is difficult to forget about colourful Christmas festivities.

Don’t be surprised if on January 6 you experience a bit of traffic congestion, as Polish streets are filled with vibrant parades. This is one of the most popular ways of celebrating the holiday, although quite a recent one. Polish people recreate the procession in which the Magi arrived to Jesus, and it is done in grand fashion. The actors ride on camels, or in a less exotic manner, on horses, while passing out sweet treats to the children. Families gather on the routes to watch the fairytale-like show.

The processions are usually accompanied by groups of carol singers called kolędnicy. These are usually young men, who in the past used to go from house to house to entertain their neighbours with vocal performances. In exchange they received some money, small gifts or simply food and drink. Nowadays, cheerful singers also dress up, usually as goats, horses, shepherds or even Death itself, and carry around a colourful star. Their activity, however, is now limited only to assisting the Epiphany celebrations, as the tradition of house-visiting is slowly dying out, even in the countryside.

On January 6, practising Catholics visit churches in order to bring home a piece of blessed chalk. It is used to mark their front door with letters C, M, B, which stand for the initials of the Three Kings’ names – Caspar, Melchior and Balthasar, but also are an acronym for the Latin phrase may Christ bless this house. Usually, the letters are followed by the current year. Now you know the story behind this inscription written in chalk on many doors of Polish houses!

One last thing you need to know about the Epiphany in Poland is that it has been a bank holiday since 2011. All the offices, major shops, fast-food chains and shopping malls are closed. However, most restaurants and bars should be open, as Polish people love to spend this holiday eating out with friends and family. Join them and enjoy your day off!

Now, as you know how Polish people spend their bank holiday on January 6, you can see whether it is worth introducing some traditions from your own country. Maybe the French can bake their Polish friends a real galette des Rois, while the Italian drop a gift or two from their Befana? Let us know how you celebrate this day!

Have you been good this year? Saint Nicholas Day in Poland