Is Poland really the model monolith country? Will it ever achieve the level of multiculturalism similar to neighbouring Germany? Can demographic trouble be avoided? And how will Poles approach the changes in family model and other social transformations? Our expert is Izabela Styczyńska, PhD, Vice-President of CASE – Center for Social and Economic Research. 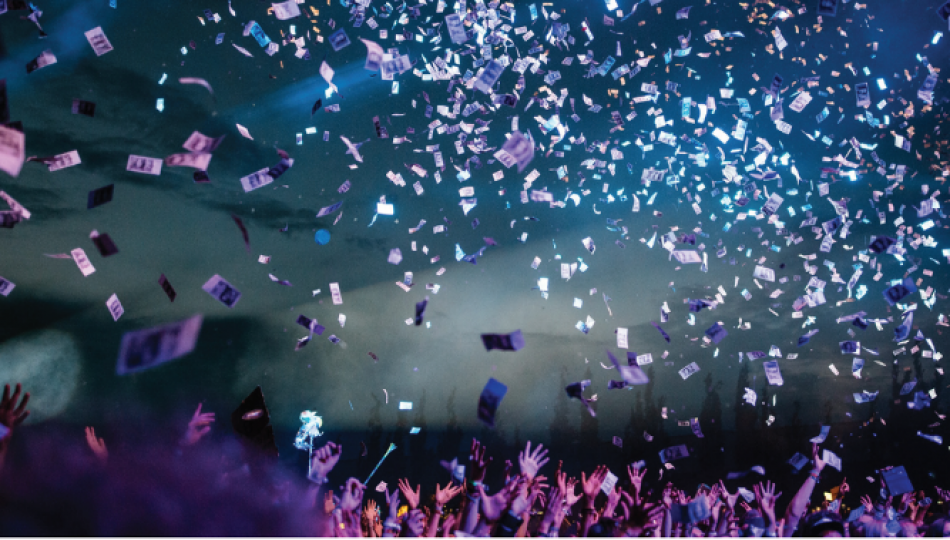 Any expatriate should take into consideration what kind of society they are choosing to live in after relocation, especially if your decision is not necessarily temporary. Long-term planning requires looking into what level of multiculturalism you can expect in your new homeland and how some lifestyle choices of yours may be viewed in the target country. While Poland has a long-standing relationship with other European countries, every state is entirely different with distinct society models, mindsets and prospects for the future. This brings us to the question: what will Poland’s society look like in about ten years?

Currently, many foreigners visiting Poland for the first time are surprised by the apparent homogeneity of its people. Due to Poland’s history, the country’s population has been largely affected by interactions with its neighbours, but this fact is not reflected at first glance, as usually these were also Slavic nations with a population quite similar to Poland’s. It is also useful to bear in mind that Poland, unlike some Western states, has no colonial past and therefore not as much long-standing ethnical diversity within society. Moreover, for decades throughout the twentieth century, Polish borders were closed down and people’s movement was obstructed, to say the least. Only recently did Polish society become more diverse, but it is a different sort of diversity than in neighbouring Germany or further westwards. As stated by Izabela Styczyńska, right now the majority of migrants in Poland come from Ukraine, Belarus or Russia – three neighbouring countries which, although different from Poland in terms of language and culture, can be viewed as essentially similar in lifestyle. “The majority of these migrants are young educated men. The data shows that one in three is a college graduate, 38 per cent have graduated high school, 7 per cent have vocational education, and only 10 per cent just primary education. These immigrants come from nations that we share our values and history with and are essentially viewed in positive light by local people,” she says.

Does that mean that Poland will remain diverse yet quite uniform at the same time? The future is hard to predict, even for our expert, who says that the next few years in Poland will be highly affected by three major demographic struggles. “With depopulation, we will see 2050 with five million native Poles fewer – only 34 million. Moreover, our society is ageing, and in a few decades the rise of retirement-age people is going to become quite visible. Finally, there is the problem of low birth rates. According to forecasts, the demographic burden (the ratio of non-working age people to working-age people) will be very alarming (65 per cent in Poland in comparison to 53 per cent for EU average),” lists Izabela Styczyńska. Any approaching trouble is ever-so disturbing for Poland, which has less experience in dealing with such crises than other Western European countries. While states such as Germany, France, the UK or Nordic countries could have worked out some distinct ideas about dealing with demographic problems over the last century, Poland has had to take a crash course in independent governance, which has lasted only for the three recent decades. The style which is going to be adapted to tackle these problems is yet to unveil over the next ten years or so.

According to Izabela Styczyńska, state aid is going to play a significant role in undertaking the task of adapting Polish society to upcoming changes, nevertheless it may not be decisive. First of all, it is migration policy that needs to be amended. “In order to make Poland an attractive destination for people from across the world, Polish migration policy needs to be related to increasing our country’s competitiveness. This means easier access to diploma recognition, education, or residence and work permits. It is crucial as the supply of migrants is limited, whereas the demand for them is constantly growing, not only in Poland, but in Europe as well,” she says. Those that have already arrived in the country should feel welcome enough to decide to stay indefinitely, too. That is why it has become natural for legislation to include foreigners residing in Poland in state aid facilitating social protection. The government focuses on family, e.g. through care benefits, one-off child’s birth grant, tax reliefs, maternity or paternity leaves, Large Family Card and the 500+ programme. The benefits are also available to foreigners provided they meet certain conditions specified by authorities, e.g. have a valid residence card. However, whether or not this aid will help the demography remains an open question. The state’s role is important in examining the effective shape of migration policy over the next decade. Izabela Styczyńska believes that it should be proactive and seek more optimal economic solutions than now. The ideal model should include both immigration, emigration and re-migration; it should also be integrated with other social policies. Poland’s biggest challenge in the next years is to minimise losses and maximise benefits coming from international mobility. While Poland’s government seemed to recognise it only recently, as of late 2016, when a new team was created to solve these issues within the Ministry of Investment and Economic Development, the project’s objective was lost along its course in the face of the refugee debate initiated by the EU and therefore needs to be re-examined.

Many foreigners view Poland as a country with a conservative outlook on life in general. This is the hardest factor to measure, even for our expert. “For instance, we have been noticing an increase in the number of divorces and decrease in the number of marriages for at least twelve years now, however, this does not necessarily entail striking lifestyle changes. The fact that our society is enriched mainly by migrants from post-Soviet countries will not help in e.g. legalising civil partnerships or same-sex marriages, as their views are similar to current legal solutions in these matters. The next decade should not bring about major changes,” believes our expert. A further proof of these words could be a study of European youth conducted in March 2018 by St Mary’s University, Twickenham. It showed that Polish people aged 16-29 are the most religious group in Europe in comparison to the same groups in other countries. According to the study, only 17 per cent of young Poles identify with no religion at all, while the rest have the highest frequency of attendance at religious services out of all in the European Union. This research may show that expecting any ground-breaking changes in this mindset may be a question of a longer timeframe than just a decade. The fact remains that anyone who grew up in a multicultural society may find Poland a bit lacking in this respect; and the change, although inevitable, is apparently going to be slow. By 2030 Polish society is likely to have become more ethnically diverse, but the migrants still will have come from countries of a high level of cultural proximity. This does not mean that there are no people of colour in Poland or that the country is uniform in all its social and cultural norms. This should not also remain the case with the upcoming demographic issues – Poles are more and more ready to embrace diversity as they realise that without it there might be a rough patch ahead.

Vice-President of CASE – Center for Social and Economic Research.