Europeans use a lot of public transport and the same rule applies to Poland. Not having a car does not pose a big problem – cities, towns and places within them are generally well-connected. If you enjoy environmentally-friendly solutions, are concerned with your budget or in some cases want to save time on your daily commute, public transport is the way to go. Find out what means of transport Polish people can use on daily basis. 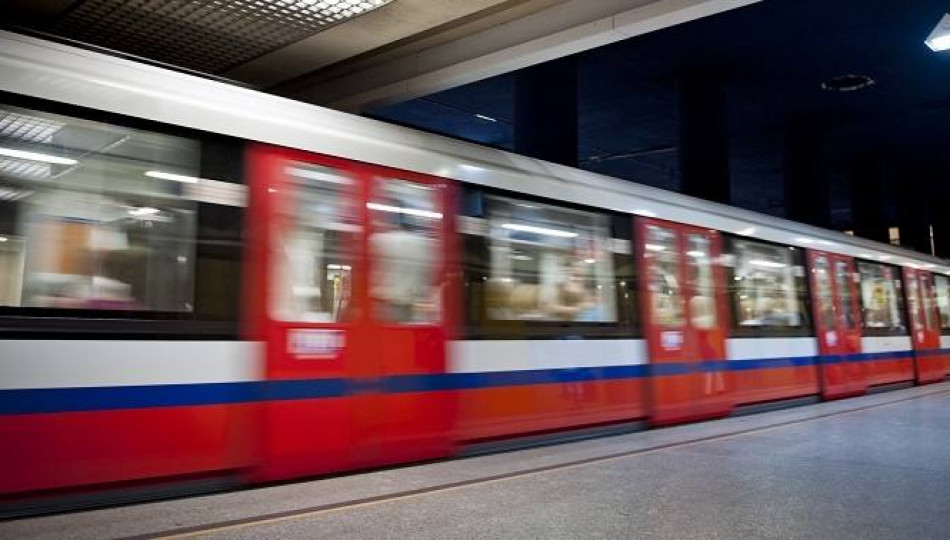 The underground (in Polish always referred to as 'metro') works only in the capital city of Poland – Warsaw. At present, Warsaw has two metro lines. One of them joins the north with the south of the cit, while the other was open in 2014 and is still under construction to connect the western and the eastern part of the city.

Buses are still the most wide-spread means of transport in all Polish cities and in smaller towns. Time-tables can be found at every bus stop, and are rather reliable, as all schedules in Poland. Stop names are generally announed through a loudspeaker inside a bus and routes are displayed there as well, so it is not easy to get lost.
In using buses, beware of the so-called request stops. This means that you need to press a button if you want to get off, or wave to the driver if you want to get on a bus. Otherwise, the driver won’t stop. There are relatively few request stops but, first of all, you should know that night bus lines treat almost all stops in their timetable as request stops. That’s why if you travel at night, you must be careful so that a bus will not pass by you in your face. The next bus won’t come soon!

Besides buses, in several Polish cities, you can also use trams. They will let you reduce the time of a journey in the 15 most jammed cities in Poland, including Wrocław, Warsaw, Poznań, Łódź and Kraków. Some of them have become quite an attraction recently - there are antique tram trips around major Polish cities, which are set on historic routes during weekends.

In some cities: Lublin, Sopot, Tychy, and Gdynia, you can still encounter trolleybuses, which aren’t very popular at present. They are electric-powered vehicles, similar to trams, but they move on roads instead of tracks. Although they are an unquestionable tourist attraction for people visiting the cities which have trolleybuses, if you travel by them, you won’t feel any special difference in comparison to the ordinary bus transport.

A few years ago, the first city bike rentals appeared in Poland and they turned out to be a great success, since they are available 24/7 for almost 9 months throughout the year (excluding wintertime). Quickly gaining in popularity, the city bike rentals were launched in various Polish cities and even smaller towns, and a few other ones are planning to open them. In Warsaw, there are currently over 200 points of bike rentals and over 400 km of cycling paths.

While moving nationwide, you can choose out of three means of transport: railways, coaches and planes. Going by plane is definitely the fastest way of travelling, yet it is usually quite expensive. If you are lucky enough while buying a ticket, sometimes it can be even less pricey than trains or buses. The best way to take advantage of cheap flights is to keep up with the news on the Internet websites, such as Skyscanner and Fly4free, which notify about attractive discounts offered by airlines.

Although some Polish local coaches have seen better days, they have considerably risen in popularity in the recent years. It is thanks to a carrier, Polski Bus, which offers rides in Poland even from PLN 1. The company follows a simple rule: the earlier you book your ride, the cheaper your journey fare is. For example, if you buy a ticket from Gdańsk to Wrocław one day before you go, you’ll pay 45 zlotys, but two weeks before – 30 zlotys. You shouldn’t also complain about the comfort of travelling by this company’s buses. Polski Bus offers Wi-Fi free of charge, big leather seats, air-conditioning and a snack if the route is longer. Of course the competition is not

If you decide on a journey between two distant cities in Poland, you can always take into account going by an Intercity or interREGIO train. Intercity has two kinds of trains: TLK and EIC. TLK is the so called Tanie Linie Kolejowe (Eng. cheap train lines), which are slower and much cheaper than EIC – Express Intercity, representing a higher standard. In 2014, Express Intercity bought Pendolino trains, which are able to transfer you with a much higher speed than the trains previously available in Poland. On the other hand, InterREGIO is a cheaper alternative to the both types of trains offered by Intercity. Remember that in Poland you need to buy a separate ticket for every type of abovementioned trains - for instance, you cannot use InterREGIO tickets in EIC or TLK trains.

1 ticket bought a week before leaving

Source: Own elaboration on the basis of information published on public transport authorities' websites.

Similarly to travelling between Polish cities, you can go from Poland abroad by train, plane, or coach.

You should be aware that not each big city in Poland has an airport offering international flights. At present, they operate in 15 locations in Poland: Warsaw (2), Kraków, Poznań, Wrocław, Katowice, Gdańsk, Rzeszów, Szczecin, Łódź, Lublin, Bydgoszcz, Zielona Góra, Olsztyn, Radom.

Travelling abroad by train is not very popular, and the offer is rather poor. You can go by train from Poland to, i.e., Berlin, Paris, Amsterdam, or Moscow. Trains used for international transport present high standard. The cars are usually air-conditioned and passengers can visit a diner if they wish.

There is a wide range of coach and minibus carriers which offer competitive prices of journeys abroad, as compared to other forms of transport. Although the journey is relatively cheap, it usually takes much time and is rather uncomfortable.

While planning your stay in Poland during winter, you must be aware of the inconvenience you may encounter on Polish roads and in trains. Winter usually takes Polish road-menders by surprise, which causes chaos on roads during strong frosts and snowfalls. It is worth wearing thick clothes because buses may be considerably delayed or break down on the way. The situation in Polish railways looks similar or even worse during a severe winter. Trains can be delayed even by several hours in winter and stations are often not heated.

If you plan to travel by city public transport occasionally, the best solution will be to buy paper one-day tickets, single fare transfer tickets or time tickets. On the other hand, if you commute every day, it will be cheaper to purchase the so-called city card, which you can charge every month or every three months. Always remember to activate your card in a validating machine on a bus, tram or before entering the metro after you charge it for the first time, and each time you have charged it after it expired!

If you are a student below 26 years of age, you can take advantage of 50% discount tickets for public transport. Universities in Poland issue magnetic ID stripe cards for their students, which can be combined with a city card.

Source: Own elaboration on the basis of information published on public transport authorities' websites.

A valid public transport ticket gives you the right to travel by trains of local railways, i.e., within Wrocław, Warsaw, and Kraków. In the capital city the tickets cover the metro as well - so there is no need to buy a different type of ticket for using the underground. The majority of carriers offer their customers a possibility to save money when they buy tickets thanks to promotional prices. In case of long-term tickets, the period of ticket validity has a positive influence on the price. You are sure to save money every time you buy a 3-month ticket instead of renewing a monthly contract.

There are three possibilities of buying a ticket for nationwide transport. First of all, each type of tickets can be obtained in a ticket office at the train or bus station. Train tickets may be also purchased in a vending machine at the station (it’s not the same vending machine as the city public transport one) or, most conveniently, via the Internet. They may be stored in a paper or electronic version. People working in ticket offices usually don’t speak English, so the best solution will be to buy a ticket in a vending machine or online. Similarly to public transport in cities, when you travel by trains, you canenjoy a 51% discount for students below 26 years of age.

If you buy train tickets earlier, you can save money, too. For instance, prices in some InterREGIO trains begin with even PLN 1. It is highly recommended to check the prices online on a regular basis to get the best offer. Special packages for travelling groups are not so common in Poland, but it could be worth asking at the ticket office, whether you will get a lower price when buying more than one ticket. When it comes to air travel, Polish airlines LOT have a similar offer for the customers. As part of the Szalona Środa (Eng. Crazy Wednesday) action, the carrier lowers ticket prices even by 50%.

While travelling by public transport, you can encounter ticket controllers. In case of the city public transport, ticket control is rather rare, but on trains it is almost impossible not to be asked about your ticket. You can present its paper version or show its QR code on a mobile device. Always remember to have your ticket on you and make sure that it is within your reach.