If we were to pick only one Polish city for a visit… the choice would be impossible to make. It should go without saying that each of these places has its own rich history, traditions and worthwhile attractions. Read about the most popular cities among tourists and decide for yourself – which of these sounds like your next summer destination? 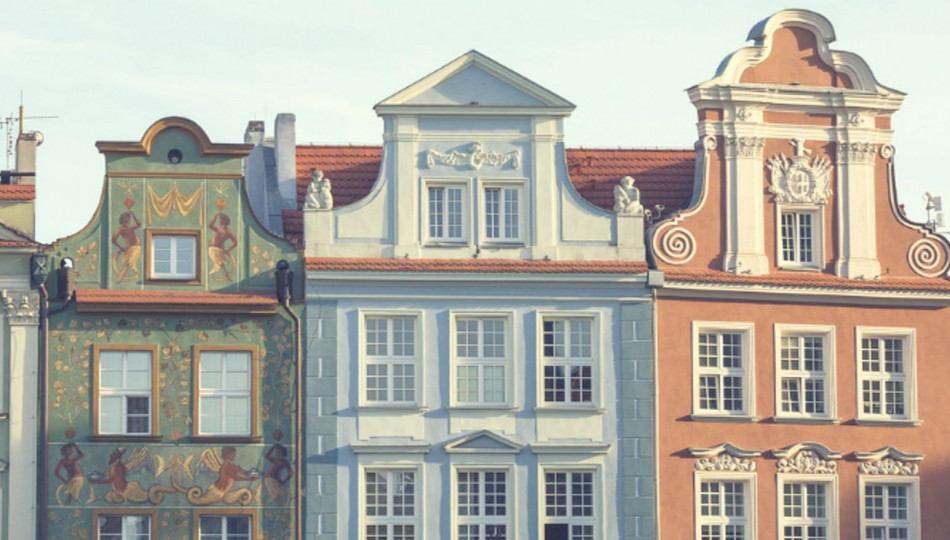 Toruń is a land of gingerbread and a certain astronomer who “stopped the Sun and moved the Earth”. Nicolas Copernicus, the author of the modern heliocentric model of the universe, remains to this day the most famous native of the city. His statue can be found in Toruń’s historical Old Town Market Square, just a stone’s throw away from another important attraction of the city – The Living Museum of Gingerbread. Here, you can not only learn about this tasty tradition which dates back to medieval times, but also take part in a gingerbread decorating workshop! If you are up for more tourist attractions, you can take a stroll along the Vistula River to view the city panorama, or search for the Polish version of the Pisa Tower - the Leaning Tower of Toruń. Younger travellers may take an interest in the Baj Pomorski Theatre, a puppet theatre with a characteristic wardrobe-like facade. Check for yourself if there are any magical passages inside… The city of dwarves

If Snow White were real, this would be her realm. Wrocław is the only place in Poland (or quite possibly, the world), where you can go on a... dwarf hunt. The whole city is studded with small dwarf figurines (krasnale), hidden in various nooks and crannies. Apparently, there are around 380 of them at the moment (and counting!) and you can go looking for the little fellows, using this special map. Joining in the game is a great way of exploring the city, which abounds in tourist attractions, such as the stunning Africarium (an oceanarium exhibiting Africa’s wildlife) or Hydropolis – an interactive science centre, dedicated solely to water. Wrocław’s historical market square is also a must-see, as is the oldest and perhaps the most romantic part of the city – the magical Ostrów Tumski (Cathedral Island).

Have you really been to Poznań if you have not seen the billy goats? Crowds gather every day in the colourful Old Market Square to watch the two mechanical figures butt their heads as the town hall clock strikes noon. The billy goats are the most recognisable symbol of Poznań but the city has a lot more to offer – for example, there is the Croissant Museum where you can have a taste of St. Martin’s croissants, Poznań’s traditional pastry. Apart from that, the city prides itself on having the largest Palm House in Poland and a number of lakes, including the best known Lake Malta, where various kayaking and rowing competitions take place. Finally, there is the island of Ostrów Tumski (yes, another one in Poland!), which is believed to be the very place where the Polish state was founded over ten centuries ago. The port city of Gdańsk, along with Gdynia and Sopot, is part of a metropolitan area called Tricity (Trójmiasto). Since all of the cities are located on the Baltic coast, here you can easily combine your sightseeing with a bit of a seaside holiday. The city of Gdańsk, the largest one of the three, is by far the most popular choice among foreign tourists. Visitors from abroad are drawn to its beautiful historical and cultural sites, such as the lively Long Lane (Ulica Długa), leading through the city’s picturesque Old Town, the early 17th century Golden Gate, or the vibrant Long Market (Długi Targ), where you will spot the Neptune’s Fountain - an important symbol of the city. During your tour of Gdańsk, do not forget to go for a walk along the Motława River and take a picture of the city’s iconic landmark - the medieval port crane (Żuraw). For more historical trivia, visit The Gdańsk Shakespeare Theare and find out what the famous English bard has to do with Poland (more than you might think!). If you are more into Poland’s recent history, walk into the European Solidarity Centre, which commemorates anit-communism movements in Europe, including Poland’s victorious Solidarity movement.

The kingdom of Krak

It is hardly surprising that so many visitors are captivated by the magic of this place. After all, Kraków has all the components of a good fairytale: a legendary king (Krak or Krakus), a castle (The Wawel Royal Castle), a dragon (The Wawel Dragon) and even a mythical princess, Wanda. How can you make the most of your summer break in Kraków? Explore the city starting from its heart, the Main Market Square with the iconic building of Sukiennice (Cloth Hall) and take a moment to admire the Veit Stoss altarpiece in St. Mary’s Basilica. Go for a stroll towards the old Jewish district of Kazimierz, to take a coffee break and experience the unique bohemian atmosphere of the neighbourhood. Once in Kraków, you should also visit the Wieliczka Salt Mine – its majestic chambers, undeground lakes and magnificent wall carvings make for a truly unforgettable trip!

What can you do in the Polish capital during summer? The city is packed with unmissable historic sites but if you have already seen the Royal Castle, the Old Town and the Palace of Culture, you may want to visit some greener parts of Warsaw. Those who like to bask in the sun, will enjoy a walk in the rooftop gardens of the University of Warsaw Library. Other options include the University of Warsaw's Botanic Garden, the Wilanów Palace and Gardens or the beautiful (and hugely popular) Łazienki Park. If you are more of a music head, you may be interested in the interactive Fryderyk Chopin Museum, an enjoyable place for both adults and children. Science geeks on the other hand, should not miss the chance to visit the largest science centre in Poland - the Copernicus Science Centre and the Heavens of Copernicus Planetarium will teach you more about science than any textbook can.

Curiouser and curiouser... - an unusual walk around Warsaw