So you think you know Poland like the back of your hand? Are you looking for some more offbeat tourist attractions? Here are a few places you might have never heard of before! 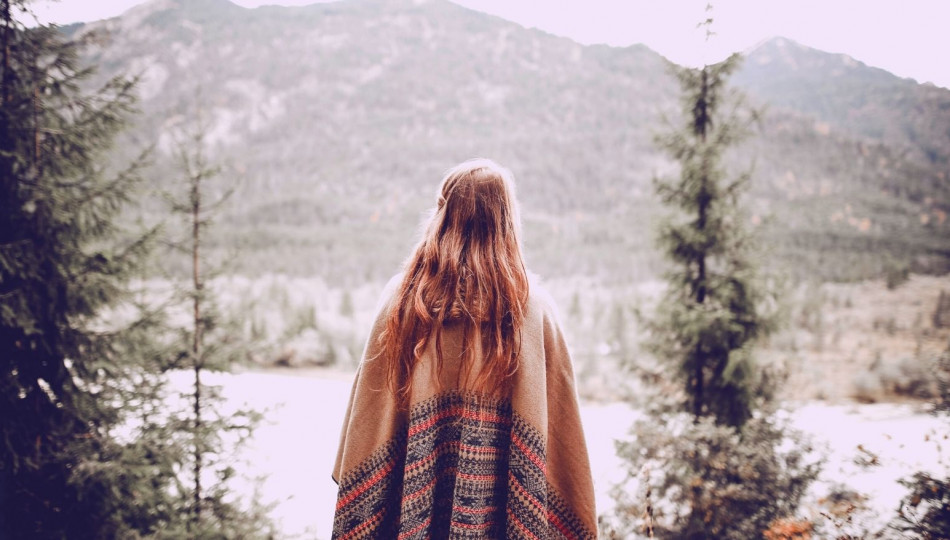 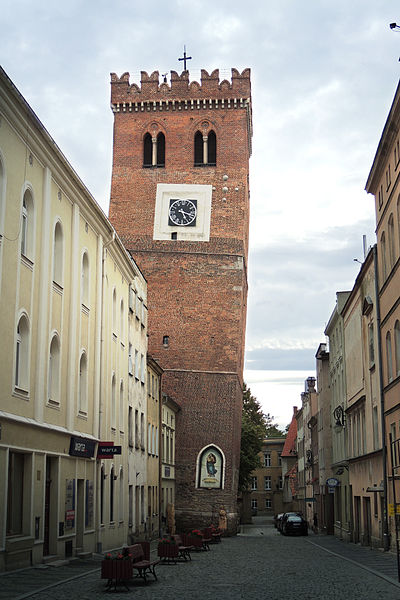 The Leaning Tower of Pisa needs no introduction. But did you know that Poland boasts not one, but two leaning towers? One of them can be found in Toruń, the hometown of Nicolaus Copernicus. The medieval fortified tower is 15 metre tall and began leaning soon after construction, due to unstable soil underneath. The other one, nicknamed “the Silesian Pisa”, is located in Ząbkowice Śląskie. It is twice as tall as the Leaning Tower in Toruń and has developed an even greater tilt than its better-known twin (probably due to tectonic plate movements). Nowadays, tourists can get inside the Silesian Pisa and climb to its top for a panoramic view of the town and its surroundings.

What do Yukon, California and the Polish town of Złotoryja have in common? You may be surprised to learn that the Lower Silesia region used to be very popular with gold miners long before the 1849 California Gold Rush. The history of Złotoryja dates back to the 12th century, when the first gold seekers founded a small settlement called Aurum (Latin for “gold”). It is estimated that the miners used to recover from 24 to even 48 kilograms of gold a year in the first half of the 13th century! If you would like to learn more about the history of gold mining in Poland, you should definitely visit the historic Aurelia Gold Mine in Złotoryja or the former Gold Mine in the town of Złoty Stok (a two-hour drive from Złotoryja). Who knows, maybe you will pan some gold for yourself? 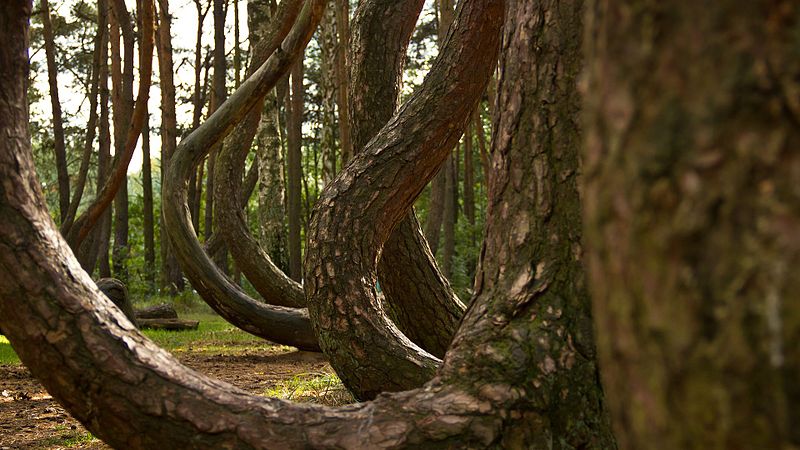 Have you seen anything like this before? The so-called “Crooked Forest” (Krzywy Las), located in the village of Nowe Czarnowo, in northwestern Poland, consists of around 400 strangely curved pine trees. It is believed that the trees were planted nearly a hundred years ago by local farmers but the reason behind their J-shaped trunks remains a mystery to this day. Some say that a heavy snowfall might have weighed down the saplings, others believe it was the farmers who manipulated the trees to produce naturally curved timber. There is one thing we know for sure: the Crooked Forest is one of the most magical places in Poland.

A gravity hill (also known as a magnetic hill, mystery hill or an anti-gravity hill) is a place that seems to defy the laws of gravity - cars left out of gear appear to be rolling uphill and water droplets are seemingly flowing the wrong way. Although you may hear some more exciting explanations for the strange phenomenon, it is an optical illusion occurring when the observer’s view of the horizon is obstructed - without a reliable reference, our eyes play tricks on us and a downhill slope may appear to be going uphill. Such an illusion has been observed in a number of places around the world, including Poland. The most well-known Polish anti-gravity hill can be found in the town of Karpacz - - but that is hardly the only attraction of the area... 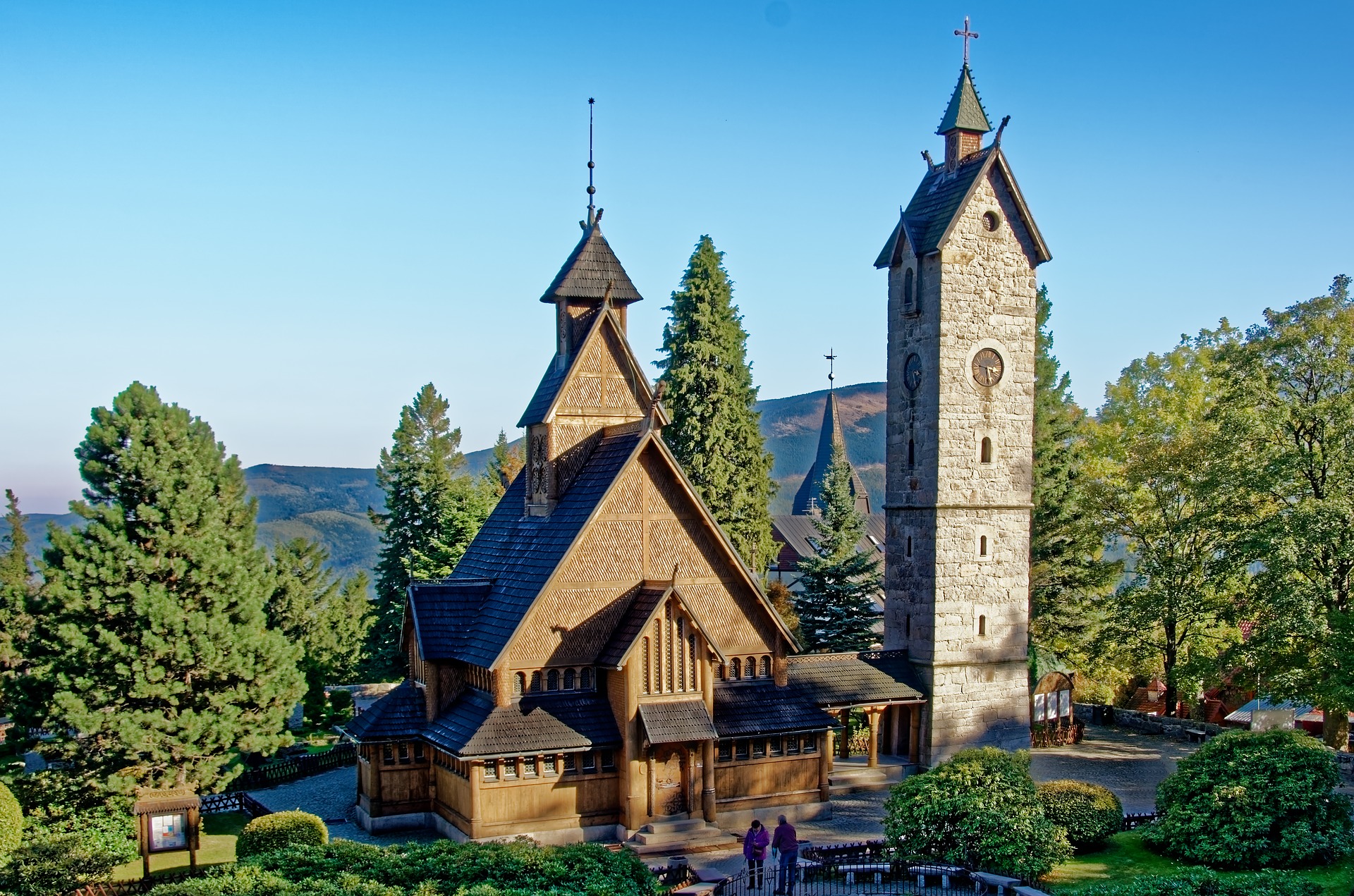 The Wang Church in Karpacz (Świątynia Wang) looks unlike any other place of worship in Poland. It comes as no surprise, then, that it was originally built in the Norwegian village of Vang in the early 13th century. It was not until the first half of the 19th century that the chapel was sold to King Frederick William IV of Prussia, dismantled, and eventually re-erected in its current location. Today, this beautiful piece of architecture belongs to the Evangelical-Augsburg Church in Poland. It is worth noting that the Wang Church is one of only three medieval stave churches outside Norway and the only one outside Scandinavia!

Can you think of any other unexpected tourist attractions in Poland?

The Crooked Forest by Kengi / CC0