The most intriguing castles in Poland

Did you know that Poland is home to more than 400 castles? Take a look at our list below to discover the most fascinating and mysterious fortresses in the country! 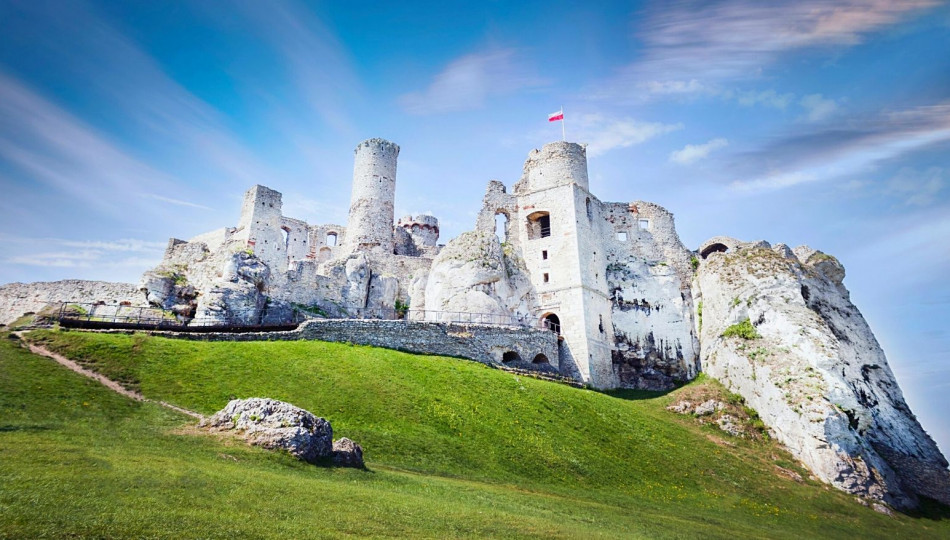 by: Careers in Poland
tourism
history-of-poland 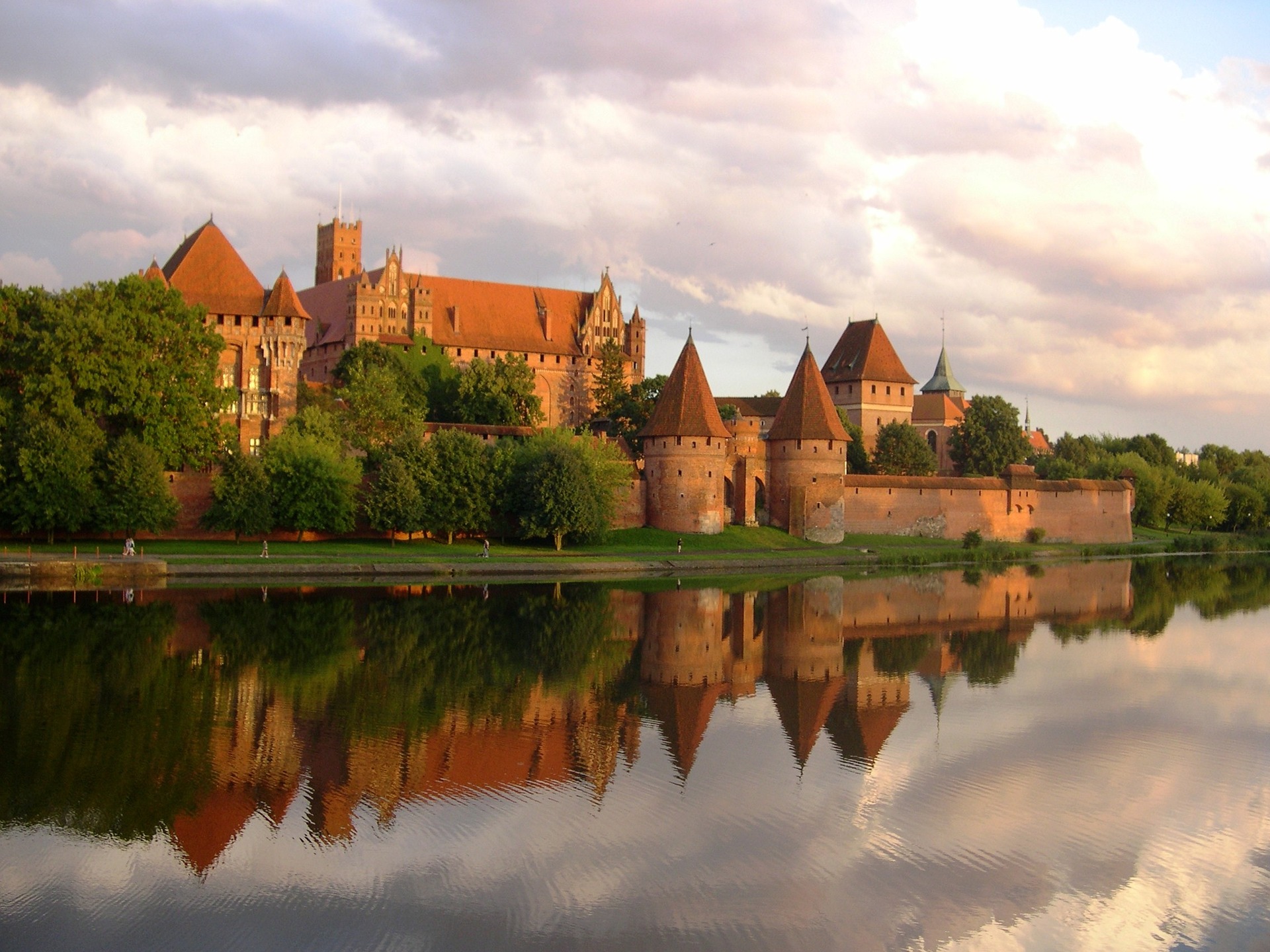 The king of Polish castles, officially known as The Castle of the Teutonic Order in Malbork, is a definite must-see for any history enthusiasts visiting Poland. You may be surprised to learn that this UNESCO World Heritage Site is considered to be the largest castle in the world by land area. The monumental medieval fortress, which covers over 143,000 square metres, was originally built by the Teutonic Knights in the 13th century but became one of the Polish royal residences in the 15th century. Nowadays, the Malbork Castle Museum is one of the major tourist attractions in Poland. 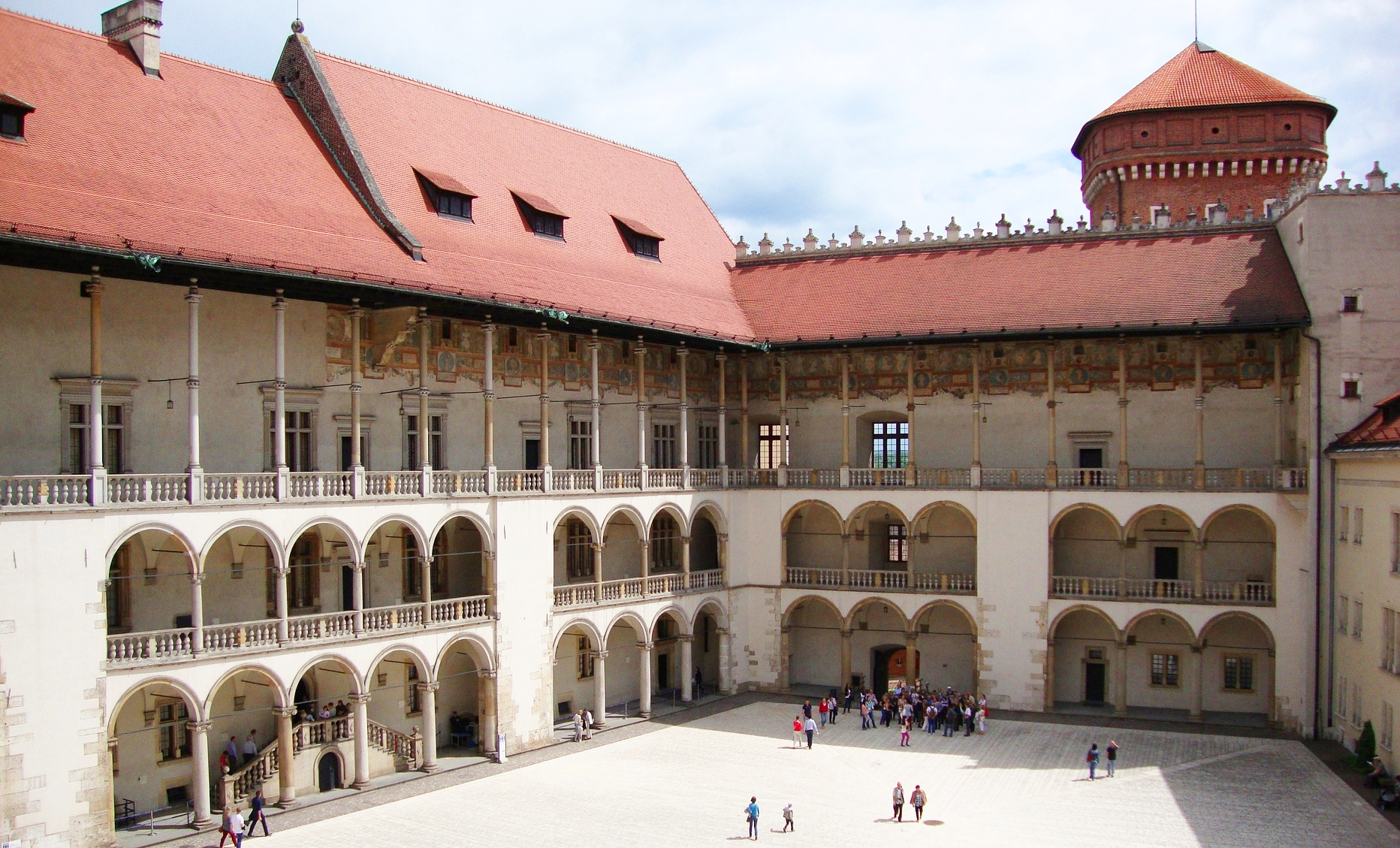 Speaking of royal residences, we cannot forget about Kraków’s jewel in the crown, the Wawel Royal Castle. Did you know that the city of Kraków is Poland’s former capital? The Wawel Hill used to be the seat and the final resting place of the kings of Poland for centuries. Today, tourists from around the world head to the Wawel Castle Museum to admire Poland’s crown jewels, priceless art collections and archeological artefacts. The castle’s rich interiors have been restored and decorated in Renaissance and Baroque styles to recreate the original appearance of the royal apartments.

Did you know that the Wawel Castle is guarded by a dragon? 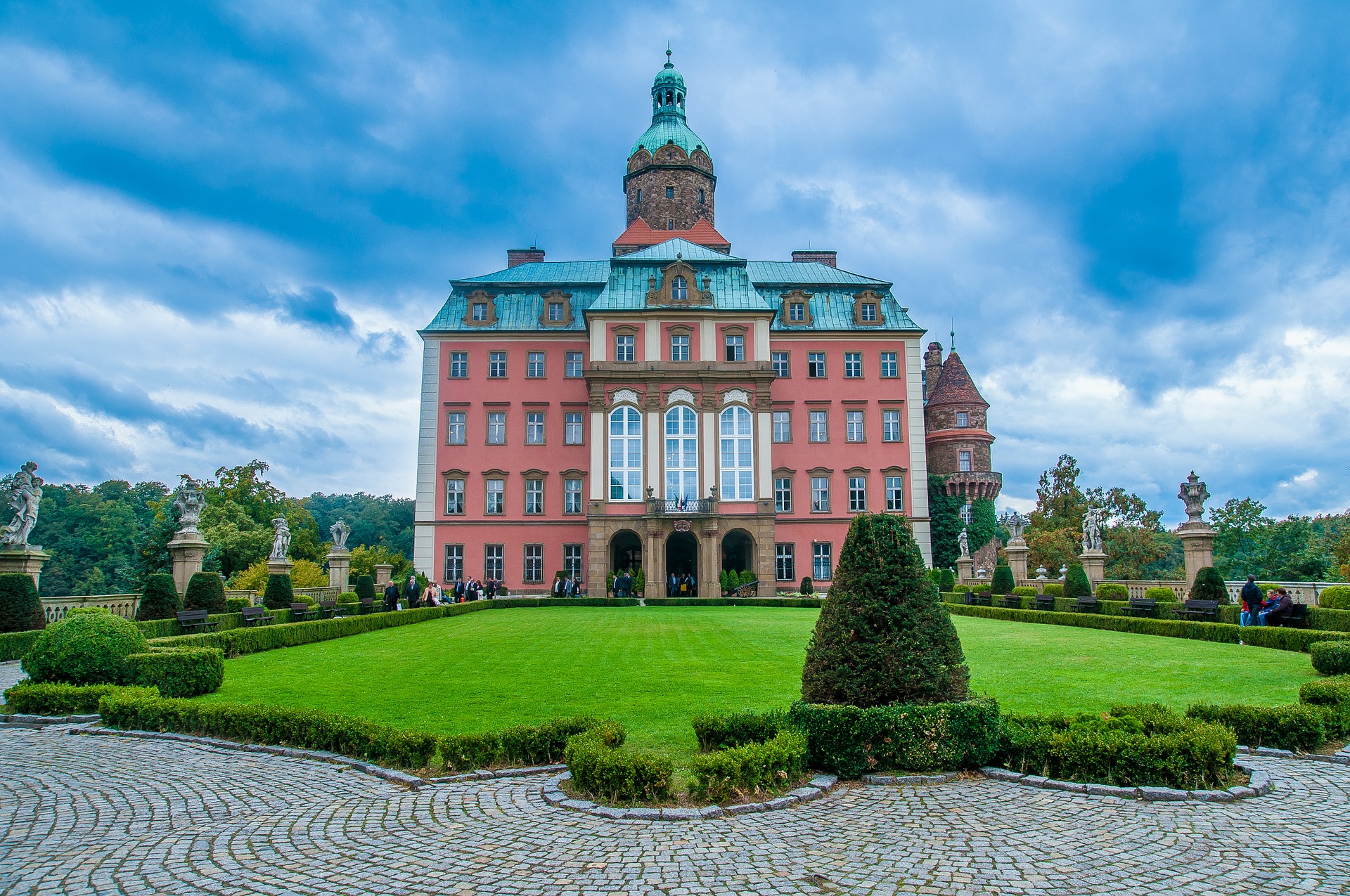 The third largest castle in Poland has changed hands many times over the last seven centuries. Książ, whose pink facade could fit perfectly in a Wes Anderson film, was home to the wealthiest noblemen in Europe until it was taken over by the Nazis in the 1940s. It was then that a vast tunnel network was built beneath the castle, allegedly as part of the Nazi project Riese (“Giant”). Today, some of the tunnels are open to the public as a tourist attraction. As the local legend goes, there is a train carrying gold and works of art, hidden somewhere in the underground labyrinth. 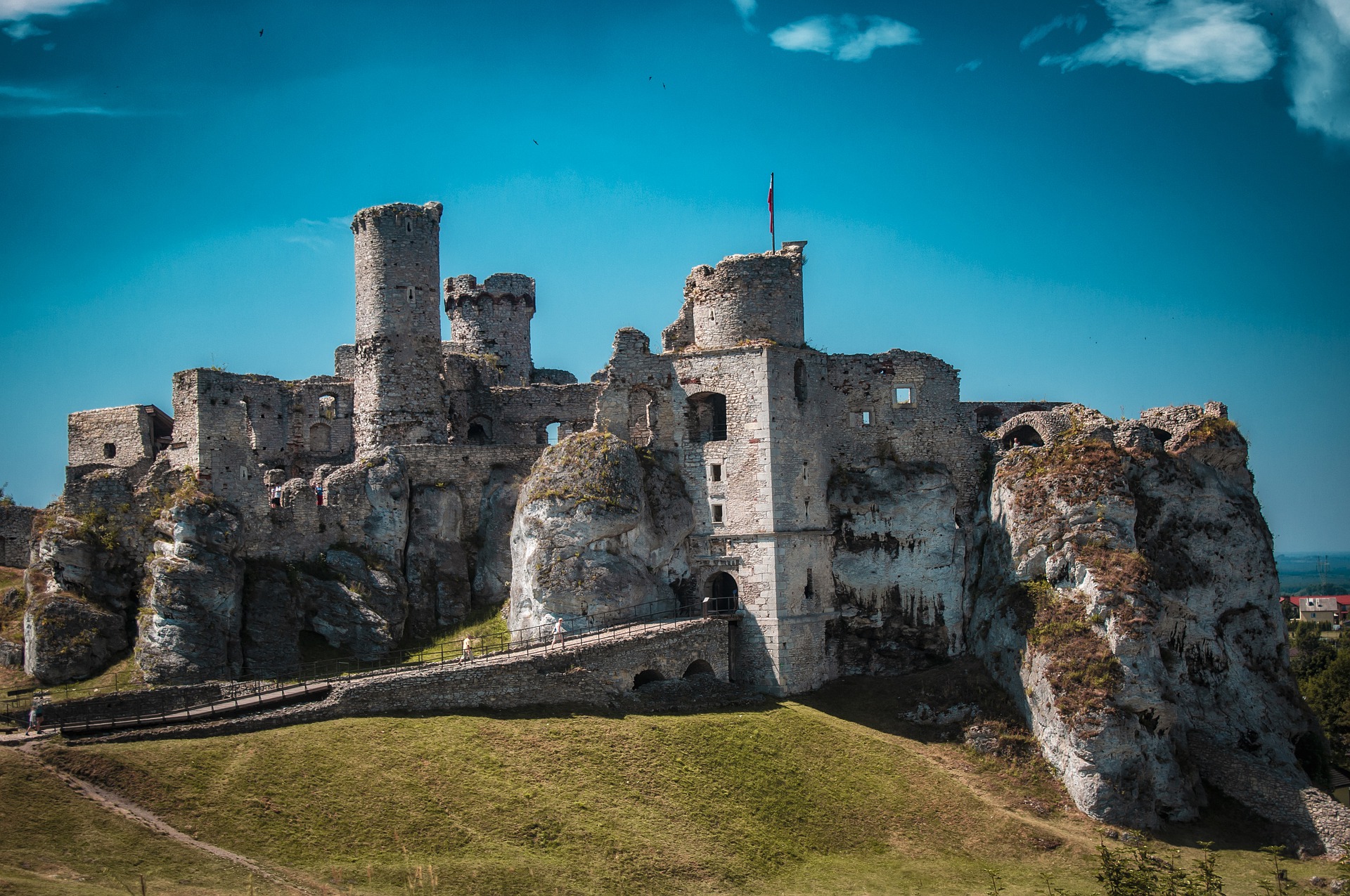 The ruins of the medieval Ogrodzieniec Castle make for a very picturesque view ─ no wonder it served as a backdrop for a few film productions, including Netflix’s last year’s hit show “The Witcher”. Although built on the highest hill of the Polish Jura, Ogrodzieniec fell victim to a series of enemy attacks during the Deluge (The Swedish invasion of 1655) and has never been rebuilt since. The castle is a central part of the so-called “Trail of the Eagle's Nests” (Szlak Orlich Gniazd), a 160-kilometre-chain of medieval strongholds connecting the cities of Częstochowa and Kraków. 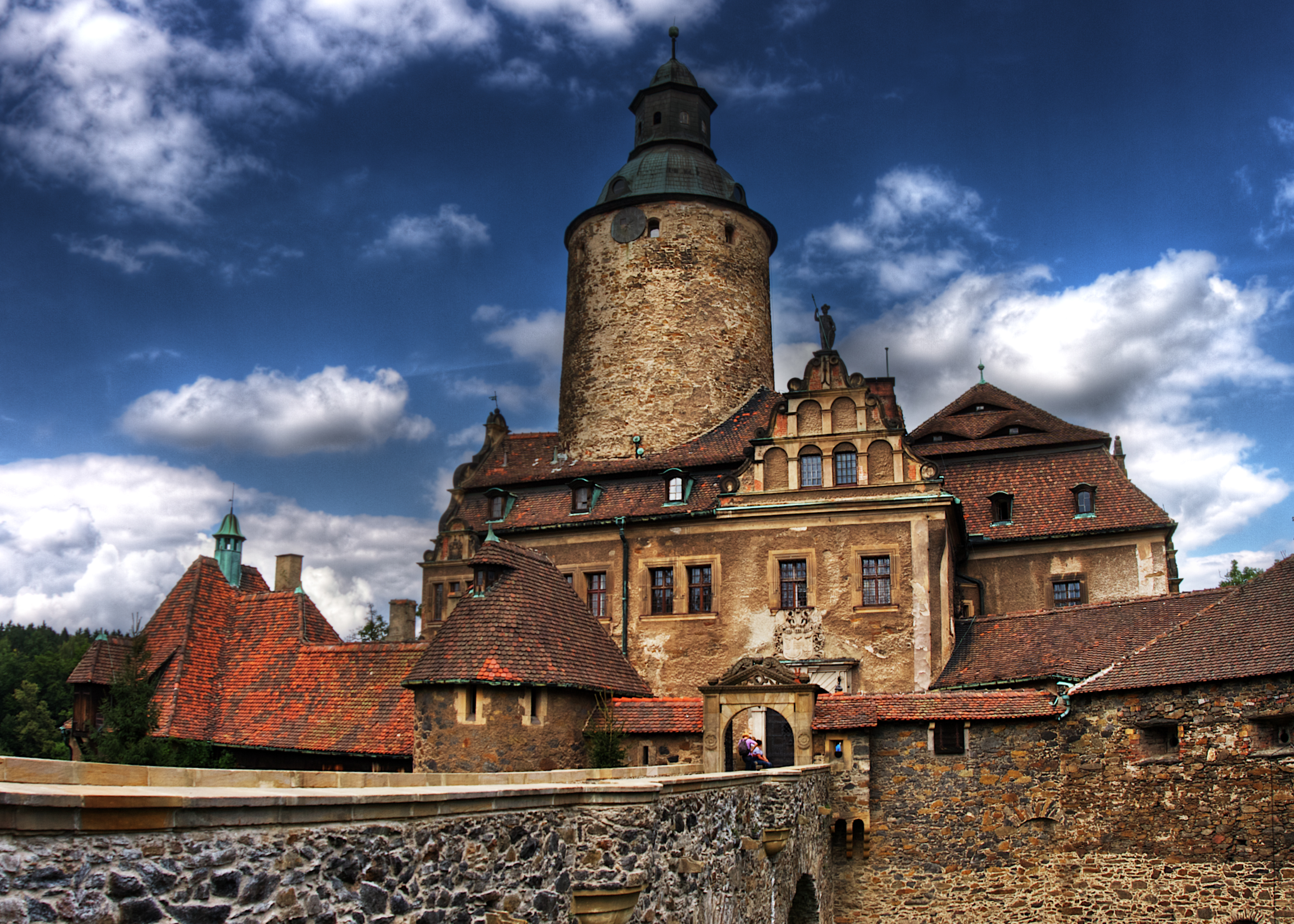 If you have ever dreamt of studying at Hogwarts, the medieval Czocha Castle will give you a taste of what it would be like to attend a magic school. Every summer, young fans of a certain famous wizard flock to Czocha Castle to take part in magical workshops, activities and classes such as astronomy, herbology, or ancient runes. However, Czocha has a lot more to offer than just summer camps for children ─ it is worth taking a guided tour of the castle to explore its beautiful interiors (such as the Knight’s Hall or the Prince’s Chamber), hidden doors and secret passages. Some say there are even a few ghosts… 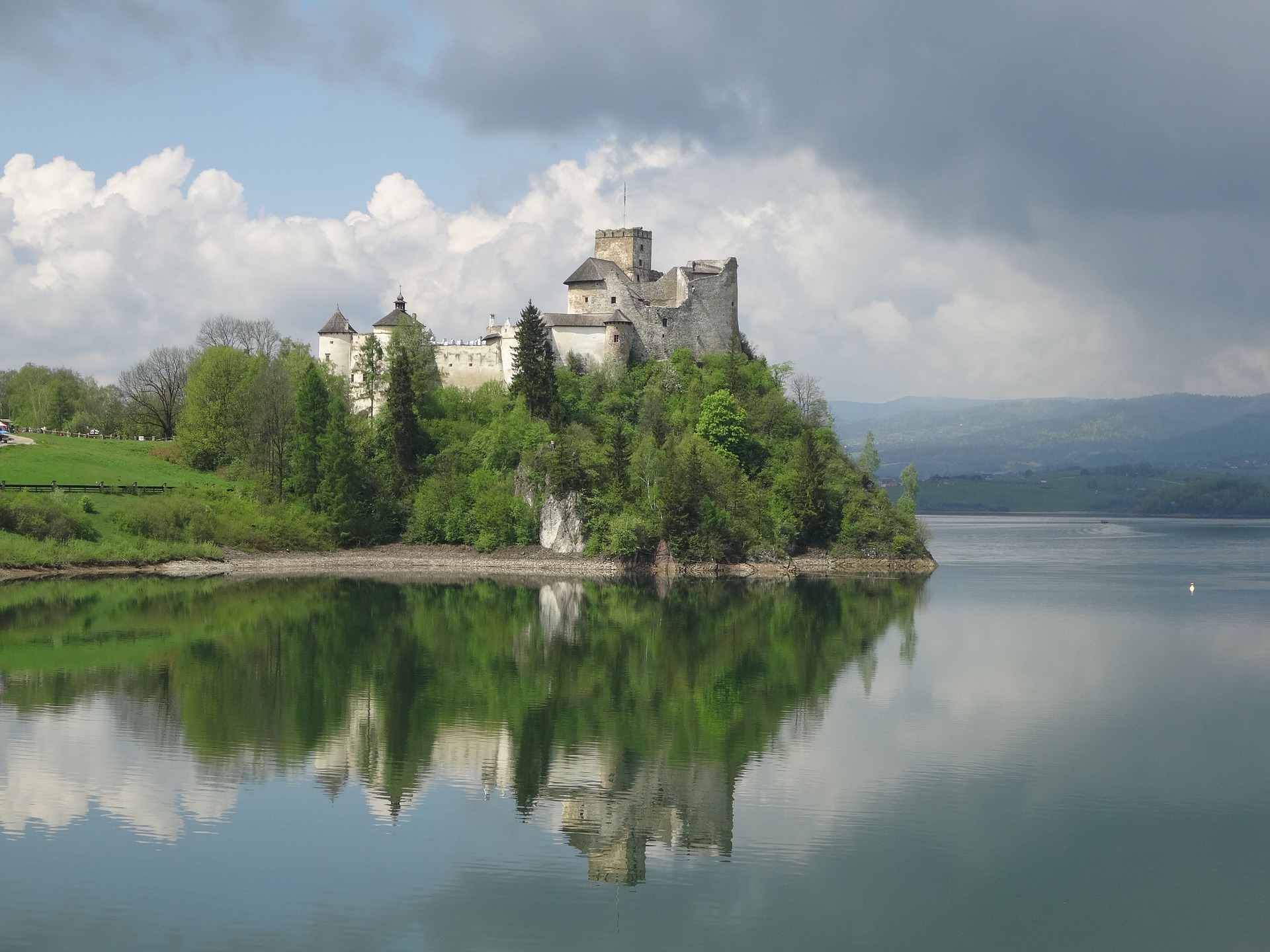 This magnificent medieval fortress (officially known as the “Dunajec” Castle) might be one of the most intriguing places in Poland. Known for its scenic location in the Pieniny Mountains ─ atop a forested hill overlooking Lake Czorsztyn ─ the castle, which was probably built by a Hungarian magnate in the 14th century, attracts crowds of tourists every year. However, not everyone may be familiar with its fascinating legends: the story of Janosik, the "Carpathian Robin Hood", who was kept prisoner in the dungeons, Princess Brunhilda, who fell into the castle's well, or an Inca treasure map, supposedly hidden in Niedzica centuries ago.

The "Dunajec" Castle in Niedzica

Are there any other "intriguing" Polish castles you would add to this list?