This July Poland saw two high-profile visits from very prominent public figures. If you are coming to Poland as a tourist and are looking for some tips on what to see, why don’t you take heed? After all, the American President and British royals must have chosen interesting spots to go to! Feel free to be inspired by their picks. 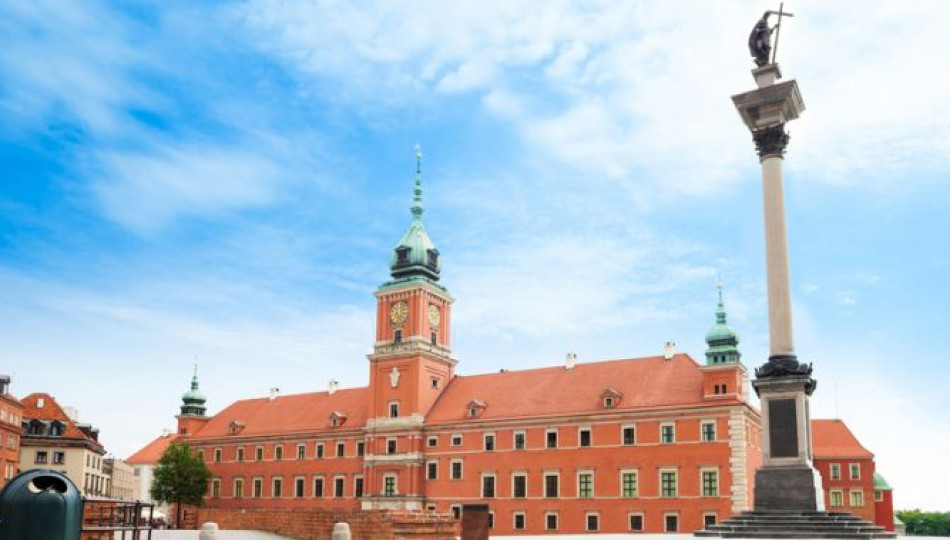 The Royal Castle in Warsaw, Poland

Donald Trump arrived in Poland on 5 July 2017 to attend the Three Seas Initiative summit in Warsaw the following day. He was accompanied by his wife, Melania, and daughter Ivanka, who helped him share the official duties and visited different spots around Warsaw.

One of the symbols of the city, located in its historic heart, the Royal Castle still serves important functions as one of the official venues for state visits, political gatherings etc. Although completely levelled to the ground during WW2, the reconstructed castle that once hosted Polish kings became a perfect spot to a discussion between the Polish president and his American counterpart, as well as to the Three Seas Initiative panel. For tourists, it makes a wonderful place to visit in all kinds of weather, and is one of the most popular gathering spots in Warsaw.

Paying tribute to the great Polish mind, Nicolaus Copernicus, the centre is the largest facility of this kind in Poland. On 6 July 2017 it was toured by Melania Trump accompanied by the Polish First Lady. The American First Lady seemed to be impressed by the centre’s mission to inspire critical and creative thinking. The centre is located in the beautiful district of Powiśle near the Vistula river and is a must-see for those visiting with kids.

The impressive POLIN Museum, awarded the Museum of the Year Award in 2016, documents over a thousand years of the history of the Jewish diaspora in Poland. The museum, along with the nearby Monument to the Ghetto Heroes, was visited by Ivanka Trump, who is Jewish herself. Both places are one of the most often visited ones in the Polish capital.

The last spot selected by Donald Trump to deliver his public speech in Warsaw was the Krasiński Square in downtown part of the city. This very historic lot was one of the bloodiest battlegrounds during the Warsaw Rising in 1944, which was stressed in the President’s words. Now it is a picturesque square mixing what was preserved of the Krasiński Palace and new buildings, as the monumental Supreme Court, making it a perfect bridge between the past and the presence.

The Duke and Duchess of Cambridge, along with their children Prince George and Princess Charlotte, arrived in Warsaw on 17 July 2017 for a two-day official state visit before heading to Germany.

The first part of the programme was the official greeting in Warsaw by the Polish President and First Lady. It took place in the Presidential Palace, located in the always-busy Krakowskie Przedmieście Street, known to every tourist who has ever visited Warsaw. The promenade starting with the Nowy Świat Street leads from the city centre straight into the Old Town and the Royal Castle.

Next to the POLIN Museum, the Warsaw Rising Museum is another must-see for those interested in the history of Poland and its capital city in particular. The facility commemorates the desperate efforts of 50,000 Polish underground Home Army soldiers to free Warsaw from German occupation and over 600,000 Varsovians exiled from the city before it was bombarded and torn down as a tragic result of the failed rebellion.

The office building is the place where the royal couple met Polish innovators and startup creators. The Warsaw Spire is not necessarily a tourist attraction, but it won the 2017 MIPIM Award, the Oscar of the property market. Poland aspires to be the Central European hub for all brilliant young minds in the region, and the Heart, a corporate-startup collaboration centre, is based right in the Warsaw Spire, making it one of the hottest business destinations in this part of the world.

Many commented that Prince William and Catherine visited Poland to mitigate Brexit results.
See how Brexit can affect Poland & business in Poland.

The royal park in Warsaw with its Orangery served as the spot for a Birthday Party for Elizabeth II hosted by the British Ambassador in Poland. Łazienki is a public park open to everyone and a popular place for all Varsovians. In the summer, it is famous for Chopin live music concerts – obligatory for all classical music lovers!

On the second day of their tour, on their way to Gdańsk the Duke and the Dutchess visited the former Nazi German Concentration Camp. It is one of the many remaining former Nazi camps located in Poland that are open to visitors willing to witness the horrors of WW2.

In the city of Gdańsk, in a more relaxed atmosphere, the royal visitors strolled down the Long Market down to the Artus Court named after the British medieval King Arthur. It is a popular tourist spot in Gdańsk, a city famous for its merchant roots and amber. This is why the couple was gifted amber accessories – a necklace for Catherine and cufflinks for William. You can buy this stuff all over the Polish coast as well!

Prince Charles, Prince William’s father, is the patron of this modern theatre with an Elizabethan twist. It is a must-see for theatre lovers in Gdańsk and all fans of British culture abroad and obviously had to be visited by the British royals. The last stop on William and Kate’s tour of Poland was the European Solidarity Centre in Gdańsk, a museum and library dedicated to the social movement that inspired the abolishment of communism in Poland, and eventually in other communist countries. Although you may not be as lucky as the royal couple who met Lech Wałęsa there, it is a place worth visiting if you are in Gdańsk, along with the impressive Monument to the Fallen Shipyard Workers of 1970.

Solidarity symbol on another monument in Gdańsk