Rafael comes from Brazil, but for now Poland is his home. He works in IT and is married to Dagmara. Do you want to learn more about his impressions of the country? Read on! 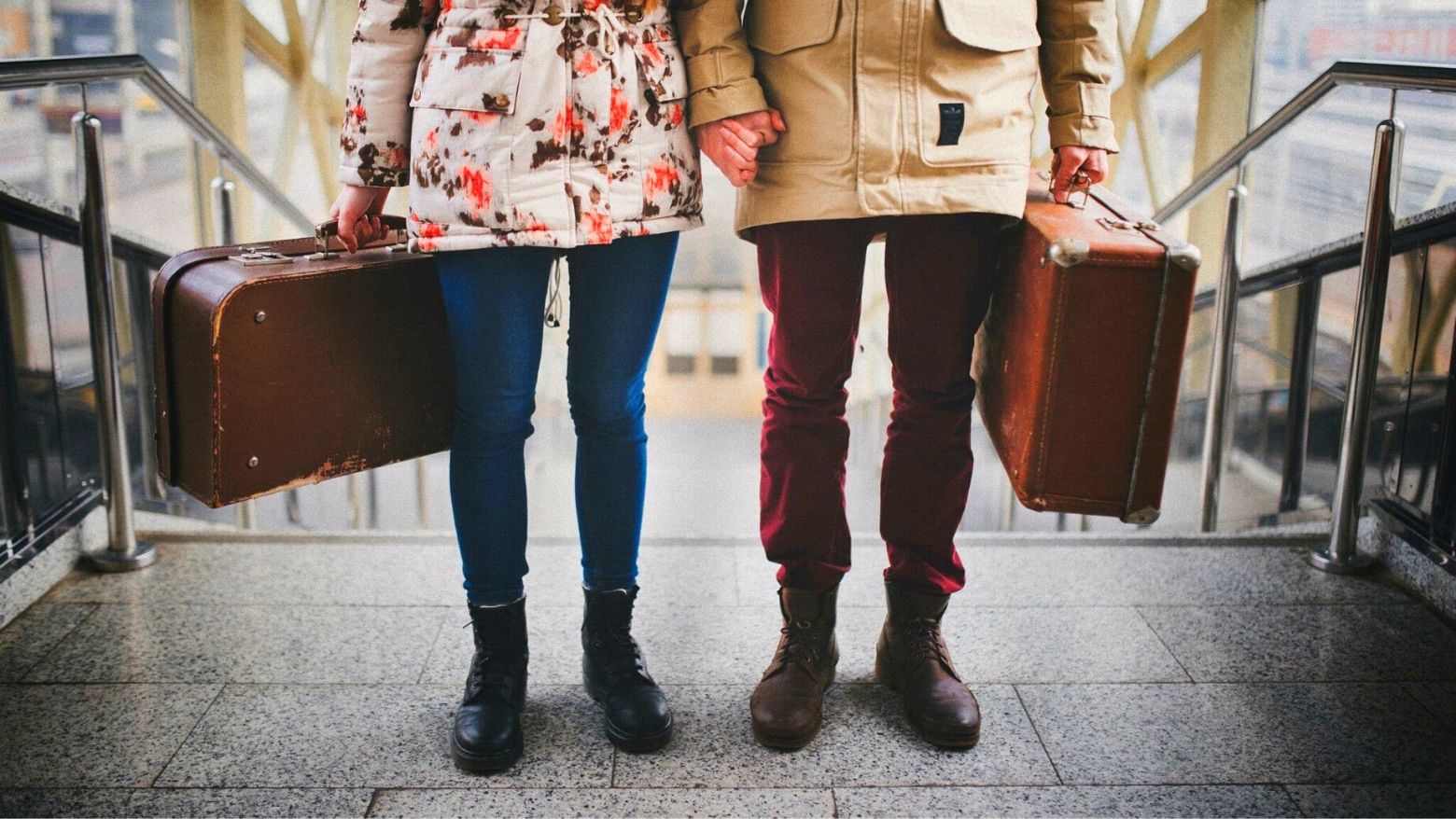 How long have you been living in Poland? When did you come and why Poland?

I’ve been living in Poland since December 2016, so next December I’m completing 2 years in Poland. After we got married, we first tried to settle in Salvador, Brazil. At that time, the economic situation in Brazil was not good, and Salvador’s job market is not as hot as in São Paulo, for example. So we could not find job positions that could suit Dagmara’s experience and we decided to move to Europe. I had already been to Poland a couple of times before and I really liked the country. Dagmara applied to a couple of positions in Poland and Germany, after analyzing the possibilities, we decided to move to Poland. It is closer to her family, it’s her country, so it’s easier for us to handle everything, and Poland’s economy seemed to be in good shape.

How did you cope with all the legal requirements for non-EU citizens (visa, residence card etc.)? What is your residency status at the moment?

I have received this year my second temporary residence based on my marriage. I confess that this is not an easy thing to solve. First, because people at the Office of Foreigners do not speak English. Second, because the process can take a very long time. My wife was the one helping me out with the process since my level of Polish wasn’t enough to handle everything. In my second visa application, the company I work for helped me with the process, and that was very helpful. The first time, it took 4 months and a half to receive the visa. In my second application, it took 5 months and a half. Currently, I have a temporary residence card that is valid until April 2020.

I have actually written a post on our blog regarding the experience I had with the visa application.

Do you learn Polish? If so, does it help you in everyday life?

Yes, I’ve been learning it since I moved to Poland. Even though I’m doing well with the language, I have to say that it’s not easy to learn. In general, I like learning new languages, so learning Polish has been pleasurable. But I confess that sometimes I get annoyed because I cannot put everything inside my head at once, hahaha. At work, I don’t need to speak Polish and I work only in English. In my everyday life in Warsaw, if I wanted I could get by only speaking English, but I prefer to handle everything in Polish instead. I have decided to learn Polish for a couple of different reasons. First, because I wanted to be able to talk to my wife’s family, and most of them do not speak English. Besides that, I know that when you know the local language, you experience the culture in a different way, you interact better with locals, and you become more independent to sort out things by yourself.

You work in IT – is Poland a good place to pursue a career in this business? What does Poland provide you with that you do not get in other countries career-wise?

For sure it is! Currently, the job market in Poland for IT professionals is quite hot. I see people posting many job offers every day. In my view, the IT area in Poland is quite broad, covering different skills. This is good because no matter which expertise you have in IT, it can possibly be useful for some role in the job market in Poland. The IT market is currently booming in Poland, I read recently that the market is currently lacking 50k programmers here in Poland. Besides that, even though the salaries in Poland are still lower than in Western Europe, they have been growing consistently year after year.

On our blog, I have written recently a post on how to find an IT job in Poland. I added interesting statistics about the IT job market in Poland.

Do you see your professional future in Poland?

Yes. I think that Poland is already a very good country to live and work. Besides that, it has a bright future ahead. The salaries here have been constantly growing and, in my opinion, it’s just a matter of time until the purchasing power here matches those of western countries.

Jobs for IT professionals in Poland.

How did you meet and why did you decide to settle in Poland? What do you like about living here?

Funnily enough, we’ve met here in Warsaw. Four years ago both of us were living in Germany and we came to Poland during the Christmas period. I was visiting some old Polish friends that I had met during my interchange period in Spain, and Dagmara was visiting her family. One of these friends of mine, Agata, has a sister which is one of Dagmara’s best friends. So one day all of us went out partying and then we met. As a Brazilian, I can say that the thing I like the most in Poland is the safety, which is a big issue in my country. Other than that, I find the city well-organized, it has a good public transportation system. In general, I find the living standards in Warsaw quite good.

What are some ups and downs of being an international couple? Are you different in terms of temper/attitude?

I see many ups for being an international couple. First, I find that our relationship is very interesting because we come from different cultures, so we always have cool things and stories to tell each other. Polish and Brazilian cultures are so rich! Also, as usually happens with international couples, we’re open-minded, and that means that we’re interested in experiencing new things and not afraid of change. We’re currently living and working in Poland, but if we think that we can have a better life somewhere, we wouldn’t be afraid to make the move. Regarding temper and attitude, I often joke that, in our case, Dagmara is the heart and I am the brain. She is very expressive and communicative and, even though I’m also an open person, I consider myself calmer and I definitely have less energy than her. But Dagmara is not only heart, she’s also very smart, and that’s one of the things I admire the most about her. She speaks four languages fluently, and it took her only 6 months to get to a conversational level of Portuguese. In general, I’m more rational and focused, while Dagmara is more emotional and expressive.

Do you also speak this language?
Check out jobs for Portuguese speakers in Poland.

Is Brazilian lifestyle different to what we have in Poland?

I would say so. I can start by mentioning again safety. Since Brazil is not a safe country, whoever can afford to buy a car, will not use public transportation because it can be dangerous. On the other hand, even though many people have cars in Warsaw, I know that many just take the public transportation to go to work (me included). Second point: climate. I used to live in Salvador, which is a city in the north-eastern part of Brazil. That means that we have only two seasons along the year: hot and extremely hot. There’s no such thing as spring, autumn or winter. So that means I was able to go to the beach pretty much all year. That was really cool! But I have to admit that I also like to have a climate with four different seasons. I like to see the changes in nature. The only thing I can’t stand is constant cloudy weather, which for me is really depressing.

Rafael, what do you miss about your country? Do you visit often & is it easy to travel half the globe to see friends & family?

I miss many things, like family, old friends, the climate and, of course, some Brazilian foods. I plan to go only once a year to Brazil because it’s far away and quite expensive. This year, unfortunately, we were not able to make it because we had extra expenses with a new apartment. I hope we can travel to Brazil sometime next year.

Do you have many expat friends or are most of them Poles by now?

Majority of my friends here in Poland are expats. There is an active community of expats living in Warsaw and I also know many Brazilians living here. I have some Polish friends, but mainly because of Dagmara. Unfortunately, my Polish level is still far from being as good as my English, so it’s still hard for me to engage in Polish conversations when there are many people talking. 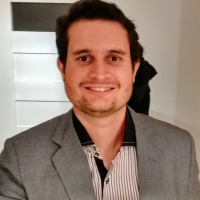 I was born in the little town of Itamaraju, in Brazil. I love to travel, but in no place I feel better than at home. My hobbies include playing squash, reading (a lot) and blogging. Oh, and I'm always into having a couple of beers with friends. In some aspects, I'm a typical Brazilian, but in many others, I feel like I'm a mixed version of the cultures from where I have lived in. Together with my wife, I write a blog called Partners on the Road, where we give useful tips for foreigners living, working and travelling in Poland.

I didn’t hesitate – Mikel from PepsiCo on his relocation

Fall in love with Poland – the story of Laurent from France

by: Careers in Poland
Expat stories
published: 24 May 2019