There is no other way to put it - Poland loves Chopin. No one in his homeland doubts that his music is "quintessentially Polish" and the composer himself is considered a symbol of the country. "A Varsovian by birth, a Pole at heart, a citizen of the world by virtue of his talent" - this is how Cyprian Kamil Norwid, a Polish romantic poet described his contemporary. See how Fryderyk Chopin's life and music is celebrated in Poland. 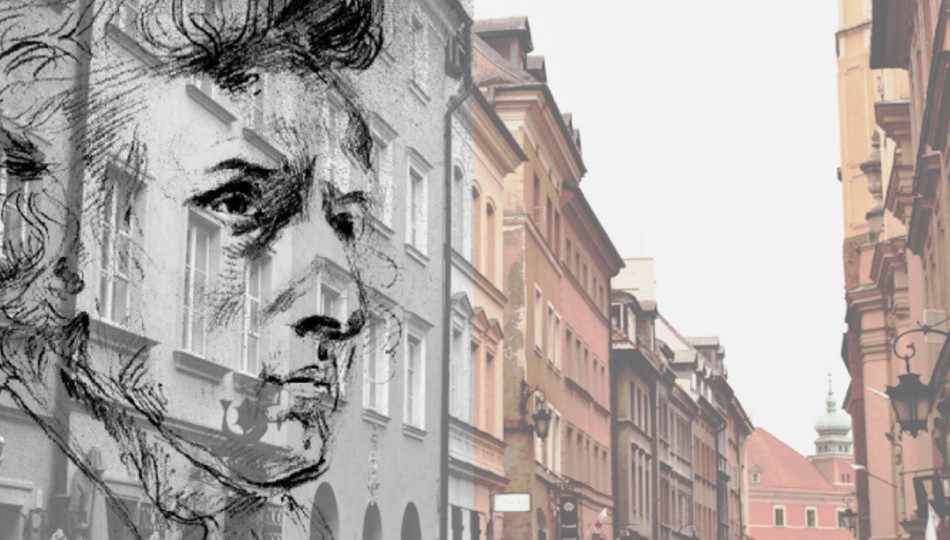 The composer’s birthplace and park in the village of Żelazowa Wola (about 50 kilometres away from Warsaw) is a must-see for any Chopin enthusiast. Here you can find a little museum devoted to the composer and relax while listening to piano recitals in a beautiful scenery. The exact birthdate of Frederic (Fryderyk) Chopin remains unclear to this day – his baptism certificate indicates the date 22 February 1810, yet according to his family and the composer himself, it was in fact 1 March. Therefore, Chopin’s birthday celebrations are traditionally held from 22 February to 1 March in his home town, Warsaw. When he was just a few months old, Chopin’s parents moved to Warsaw, where the future composer grew up and spent half of his short life. The family resided in several places in Warsaw, including the now-destroyed Saxon Palace, Czapski Palace (or Krasiński Palace) and the Former Rectory building (University of Warsaw). Commemorative plaques and musical benches (yes, they play Chopin’s music on demand!) which mark all the significant locations help tourists retrace the steps of the famous composer.

In 1830, Chopin left Warsaw for Paris and died there at the age of 39. As his last wish, the composer wanted his heart to be taken back to Warsaw – apparently he told his sister, Ludwika “I know that Paskiewicz (an imposed Russian governor) will not allow you to bring my body to Warsaw, so at least bring my heart there.” His sister did as he asked and now the composer’s heart is interred in a pillar at the Holy Cross Church. Established in 1954 and refurbished in 2010, this modern museum engages visitors with a series of multimedia displays, allowing even the youngest of them to explore Chopin’s life in an interactive and engrossing way. The museum also possesses a collection of letters, music manuscripts and memorabilia.

The prestigious competition, held every five years in Warsaw, attracts hundreds of talented pianists and crowds of avid listeners from around the world. It is worth visiting the country during that time and joining in the celebration of Chopin’s music. Thanks to the magic of the internet however, you can also listen to the piano recitals from abroad. Gear up for the next competition, it is only one year away!

The International Music Festival “Chopin and his Europe” delves into the relationship between Chopin’s works and European music of the past and present. The annual event, held in Warsaw and Żelazowa Wola, is one of the most important cultural events of the summer season in Poland – apart from Chopin, the world’s best musicians present works of such composers as Debussy, Bach, Beethoven or Mozart. There is no summer in Warsaw without Chopin concerts in the Łazienki Park. The tradition dates back to 1959 - every Sunday afternoon from May till late September, hundreds of listeners flock to the most beloved park in the city, soak up the tranquil music, lie in the sun or even take a nap at the foot of Fryderyk Chopin’s monument. If you are ever find yourself in Warsaw during summer, take a moment to feel the unique atmosphere of the place. In the meantime, let us listen to one of the most well-known pieces of the composer - Heroic Polonaise - and imagine yourself basking in the sun in Łazienki:

If you would like to take a break from Warsaw, it is possible to attend various piano recitals and concerts in many other parts of the country. The most popular of them is the annual International Chopin Festival in Duszniki Zdrój - the event, which is the oldest music festival in Poland, dates back to 1946 and commemorates Chopin's brief visit and performances in Duszniki.