So here it starts, the moment awaited by everyone – evening of the 24th December. Everything happens now in a certain order. Christmas Eve is the most magical moment and all the special traditions are connected with it. 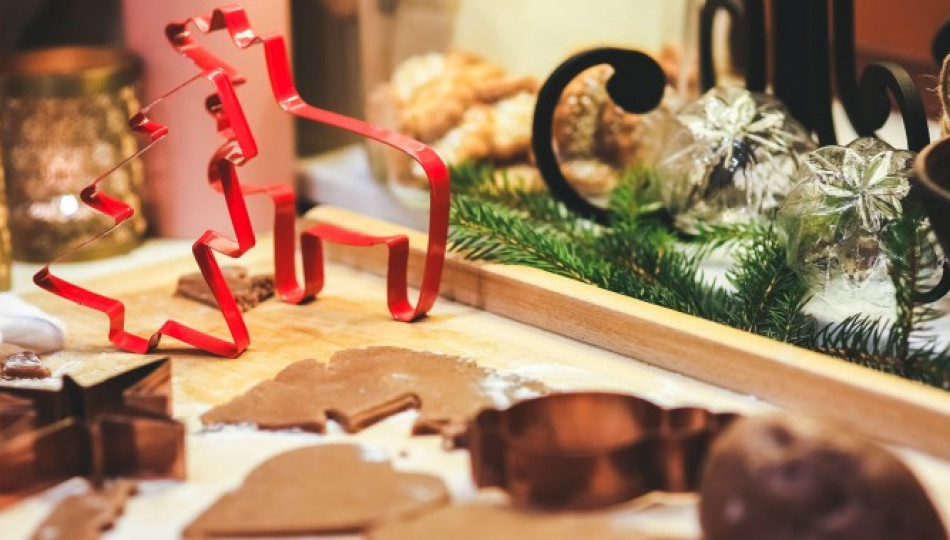 Traditions which you might not have known (not only to foreigners)

Although Christmas in Polish house today resembles Christmas all over the world due to the proceeding globalization, especially Americanization, those are the old, sometimes superstitious, Polish traditions that I want to describe. Regardless if you come across them or not, they are worth bringing out. I would like to take you now for a small journey into the future…

It is the evening of 24th December. The family has gathered and we are waiting for the first star to shine on the sky. It memorializes poinsettia, which led the three Magi to the newly born Jesus. After it was spotted, we can begin the celebrations. Some families pray before the supper, in other families this part is omitted. Everyone gets a wafer. We share the wafer with each other and exchange greetings. Sharing the wafer comes from the tradition of first Christians, who shared bread like Jesus during the Last Supper. After you have given everyone best wishes we sit down to the table. It is covered with white cloth that symbolizes purity. Underneath the cloth some hay is placed, what memorializes fact that Jesus was born on hay in a miserable crèche.

But wait! There are 10 of us and there are 11 chairs. It is not a mistake. It is said that on this evening no one shall be alone or hungry. Therefore there is a tradition of leaving an additional place for an unknown newcomer. It is also good manners to invite anyone of whom we know that might be lonely this Christmas.

Ok. We are quite hungry as we were fasting since the beginning of the Advent. Now we should try everything that is on the table, because according to ancient tradition the untried dish may be lacking next year. Usually people believe that there should be 12 dishes - symbolizing 12 Apostles, however back in XVIII century, when the solemn supper entered the tradition for good, people believed there should be 7(7 days of the week) or 9(9 angel chores) dishes.

After the supper we will sing carols. Although some uncles might not be the best singers, this tradition undoubtedly has its charm. I can hear the doorbell. Who might it be? Oh, these are carolers. They are singing carols for us and greet us. We invite them to eat something, but they have to go. Carolers are of course our disguised neighbors. Among the characters are: a goat, a bear and a stork. Goat is a symbol of fertility, story means life and bear embodies hostile forces of nature. It is midnight! The Baby Jesus is born. We are getting dressed and going to the church to midnight Mass. We feel a bit like shepherds 2 thousand years ago, who were the first people to visit newborn Jesus. During the Mass children from local school often display the story of the Holy Family.

In some churches there are also galleries with models of crèches made by families. Even if those models are not always aesthetically impressive authors surely spent a lot of quality family time and effort to build them, which is what matters. Nevertheless, if someone is very keen on beautiful sculptures, each year in Cracow there is an exposition of beautiful, huge model crèches which are called Cracovian Nativity Scenes, as they resemble buildings in Cracow. It is something original that you cannot miss!

After the mass we are coming back home and… it looks like someone has been here, because there are tons of presents under the Christmas tree. This is the moment awaited not only by children. After everyone has been cheered up by the gifts from Santa we all go to bed. The time has come to finish our journey. Some of us will probably be up at night waiting if a dog or a cat speaks human voice at this extraordinary night. This belief is well known in many cultures and is reason for many fairytales. Unfortunately I have never heard my tortoise speaking.

An important part of Christmas Eve is supper consisting of specific traditional dishes. Foreigner should be prepared for it, as this particular tastemay not lie within his liking. Polish traditional cuisine is very characteristic and generally well known. On everyday basis we of course eat much different food such as fast food or international cuisine. Nevertheless, we are very keen on the traditional dishes which are quite laborious and contain much fat.

Due to the Nativity Fast on the Christmas Eve we do not eat meat, milk or eggs during the supper (children are excused). Main offerings are thusmushrooms, fish and a lot of cabbage. On every table this evening you will find:

Christmas tree is an important part of the Christmas tradition. In Poland it is usually a spruce. It is cut from the garden or bought several days before Christmas and decorated with various ornaments. It is a perfect occasion to spend some beautiful family moments. Boys go with the father to bring the Christmas tree and then everyone work together to realize the artistic vision.

Those are the common dishes, well known all over Poland. Depending on the region you may find different variations and servings of these dishes as well as many other courses not mentioned here.

Christmas tree is an important part of the Christmas tradition. In Poland it is usually a spruce. It is cut from the garden or bought several days before Christmas and decorated with various ornaments. It is a perfect occasion to spend some beautiful family moments. Boys go with the father to bring the Christmas tree and then everyone work together to realize the artistic vision.

Every house has its own style of decorating. Some people like to put self-made gingerbreads or candies on the tree, the others hang little toys or put colorful chains. Inevitably there must be lights either white or colorful. They are put on the tree instead of candles, which were popular in XIX century and quite dangerous. Options are countless.

But wait…I have not mentioned baubles! Every house in Poland has at least one set of baubles. They were invented in XIX century in Germany by a man who could not afford to put nuts and fruits on his Christmas tree. Baubles became extremely popular in Poland. Now there are even shops selling exclusively baubles. If you want to make someone an original Christmas present, one of these baubles would definitely work well.