In our articles, we usually focus on people who have chosen Poland as their place of residence. But what about the native inhabitants of Poland's woodlands, fields and rivers? Today we are taking a wildlife tour of Poland! 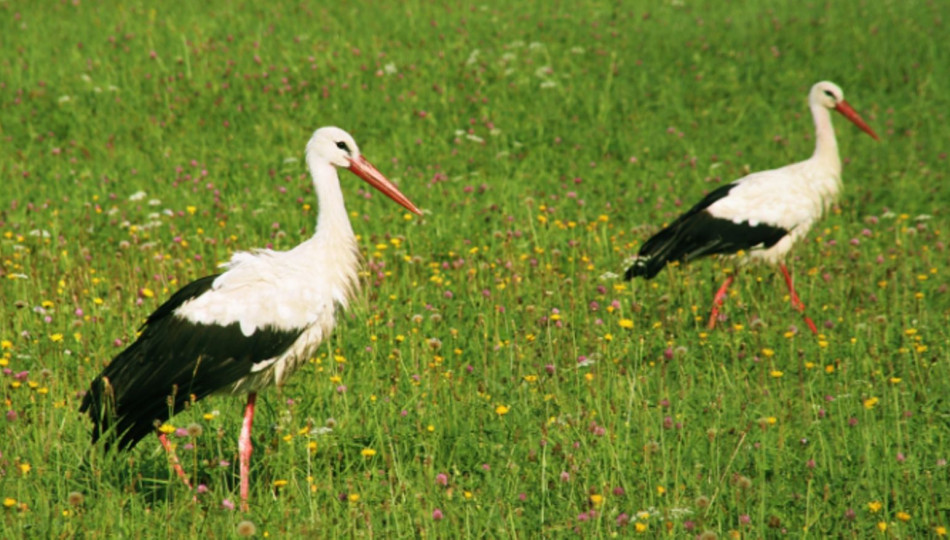 Storks are a common sight in Poland

You won't find it in the Polish emblem, but the stork is believed to be one of the most "Polish" animals. The idea has not come out of nowhere, though - it is estimated that around one quarter of the total population of storks come from Poland. Most of these birds migrate to Africa for winter and come back "home" when it starts getting warm. Spotting one is a sure sign of spring!

European elk (known as moose in North America) are typically associated with the northern parts of the continent, but there are quite a few of them in Poland too. These impressive animals inhabit the Biebrza National Park in the north-eastern part of Poland and the Kampinos Park in the close vicinity of Warsaw. They have wandered off to the city centre a few times over the years, but other than that, the elk avoids human presence and is a very rare sight.

Deer (mostly roe deer and fallow deer) are much more common than elk and if you are lucky (and quiet!) enough, you may spot them from time to time in the Polish fields and forests. The beaver itself is not that easy to spot but the traces of their activity (dams, lodges, cut down trees) are to be seen anywhere near rivers, ponds, streams or wetlands. These hard-working rodents are often called “ecosystem engineers” - their dams help maintain biodiversity by protecting habitats of other wildlife species.

The European bison, or wisent, is a major tourist attraction in Poland and one of the symbols of the country. The animals can be admired in Europe's last primaeval forest of Białowieża, home to the world's largest population of this species. Bison are the heaviest animals on the continent and without a doubt, one of the most admirable ones. Luckily, they have been rescued from extinction in Poland thanks to intensive conservation programmes. Wild boars are common and widespread throughout Poland. Although the forest is their natural habitat, every few years they make the news by taking a little family trips to the city. The wild boar should never be approached though. The animal is a surprisingly fast runner and gets very protective of its offspring!

The relationship of wolves and humans has always been a difficult one. Centuries ago, the animal used to exist pretty much everywhere in Europe but the whole population was drastically reduced by hunting. In Poland, wolves have slightly increased in number over the last twenty years, thanks to their protected status.

You would not want to meet one in person, but the majestic brown bear is a proud representative of the Polish wildlife scene. Polish bears (it is estimated that there are around 200 of them) inhabit the forests of the Carpathian Mountains, mostly the Tatras and the Bieszczady mountain range. As for the famous polar bears – despite their name, they are to be found only in zoos here!

Polish forests, groves and meadows are home to a number of other, smaller and bigger creatures, including foxes, owls, hares or red squirrels. In the recent years, there have been also a few sightings of more exotic species in Poland, most notably a certain six-metre-long python which shed its skin near the Vistula River and supposedly made its way through the country last summer. The nationwide hunt for the animal captured the headlines for weeks but the animal has sadly never been found. It seems that the python has made it to the list of "legendary Polish creatures" then. Let us see what new species will this summer bring!

A basilisk, a mermaid and a dragon...